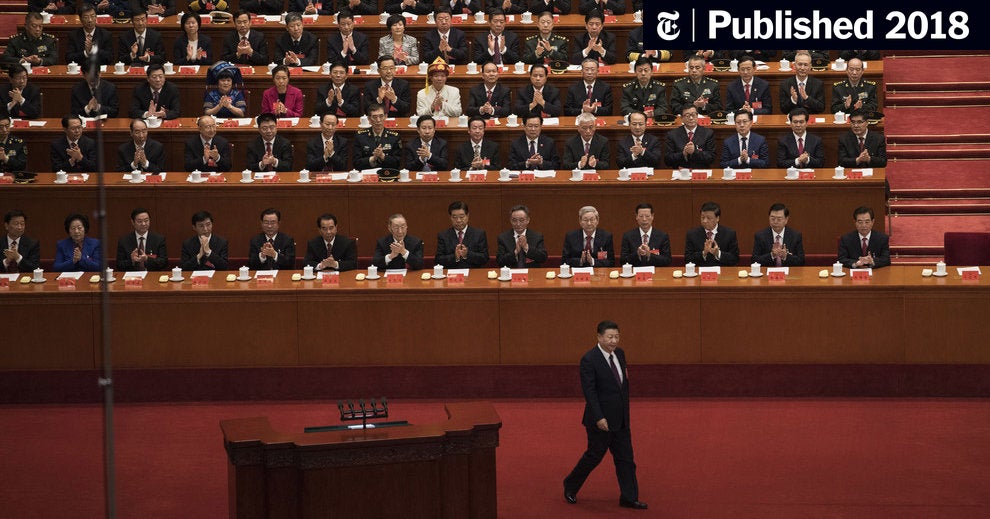 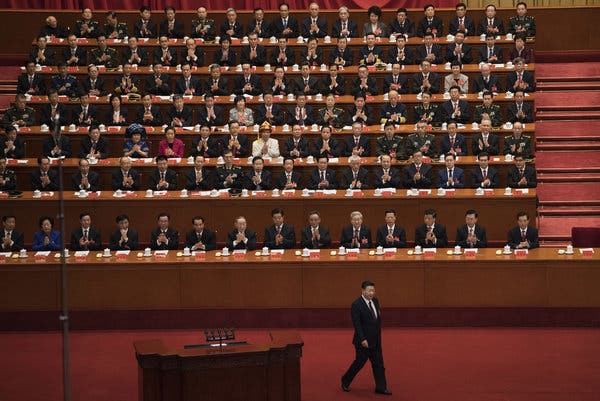 It’s called Xi Jinping Thought, and it is everywhere. Schools, newspapers, television, the internet, billboards and banners all trumpet the ideas of Mr. Xi, the country’s president and Communist Party leader.

Officially known as “Xi Jinping Thought on Socialism with Chinese Characteristics for a New Era,” the ideology will soon be given an even more prominent platform: the preamble of China’s Constitution.

Boiled down, the doctrine is a blueprint for consolidating and strengthening power at three levels: the nation, the party and Mr. Xi himself.

The doctine, like Mr. Xi, is not going anywhere soon. The Party on Sunday abolished the presidential term limit, meaning Mr. Xi could remain in power indefinitely. Here’s your guide to understanding the ideas likely to guide China through the next decade, or possibly longer. 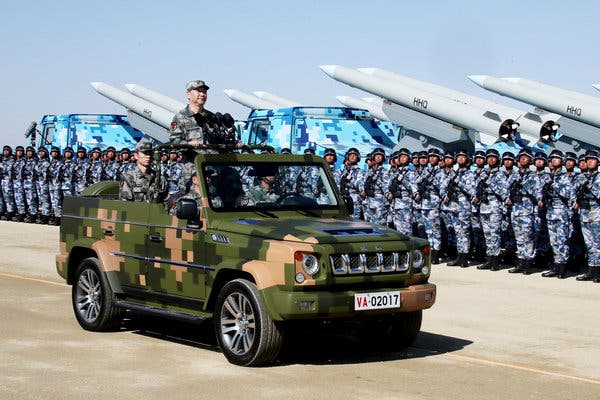 As part of his plan to make China a world superpower, Mr. Xi has sought to modernize the country’s military.Credit…Li Tao/Xinhua, via Associated Press

Since Mr. Xi became chairman of the Communist Party in 2012, he has vowed a “great rejuvenation” to restore China to its ancient prominence and glory.

In recent decades, China has become the world’s second largest economy and a powerhouse of global trade and investment. Xi Jinping Thought promotes taking the next step, making China not only prosperous but also politically powerful.

“Never before have the Chinese people been so close to realizing their dreams,” Mr. Xi is often quoted as saying. Implicit in the dream of being counted among the world’s powers is the idea of China nearing the United States in strength and influence.

To sustain China’s global rise, Mr. Xi is modernizing China’s military and investing heavily in a $1 trillion international trade initiative known as Belt and Road. Under Mr. Xi, China has expanded the size and scope of its military, purged corrupt officers and built military installations in contested waters of the South China Sea.

The Party: China’s Best (and Only) Option

But the promise of national glory comes with a catch: single-party rule.

the Communist Party to growing numbers of avid consumers, internet users and world travelers — a group fundamentally different from the workers and peasants who were supposed to be the soul of the Communist Revolution.

Mr. Xi’s philosophy teaches that the goal of a powerful, unified China can be achieved only if the Communist Party stays firmly in control of China. The party, he says, is the solution to China’s problems, not their source.

Harping on the importance of one-party rule is not new in China. But Mr. Xi has taken aggressive steps to revitalize the Communist Party’s grip on business, the news media, the internet, culture and education. The influence of party permeates every corner of society — even rap music.

Official news media routinely point to the corruption and failings they see in Western democracies. “Why question the Communist Party when the alternative is chaos and corruption?” goes the message.

The Man: The National Patriarch

ImageCommunist Party propaganda links Mr. Xi not only to Mao Zedong, but to Confucius as well.Credit…Greg Baker/Agence France-Presse — Getty Images

The third piece of Xi Jinping Thought is Mr. Xi himself.

Central to the doctrine is the idea that for China to continue its global rise, and for the party to maintain its rule, a decisive leader is needed at the helm. And the man for the job is Mr. Xi.

Xi Jinping Thought was seen in action this week when the Communist Party announced it would abolish presidential term limits, allowing Mr. Xi to remain in power, perhaps indefinitely.

In propaganda, Mr. Xi is referred to as “lingxiu,” a reverent Chinese word for a leader that was also used for Mao Zedong. In official imagery he is portrayed as a visionary leader on a historic mission — brave, wise and decisive.

Mao said he wanted to smash the grip of Confucius on China and ignite revolution. But Mr. Xi regularly quotes Confucius and other ancient sages, stressing their teachings on obedience and order, and promoting the idea that the party is the custodian of a 5,000-year-old civilization.

Party propaganda now even equates Mr. Xi to a Confucian patriarch who runs the country as if it were his own family.

And all good Confucian children must observe filial piety.

Cristiano Ronaldo: What happened to the 5 players he tipped for glory in 2015?