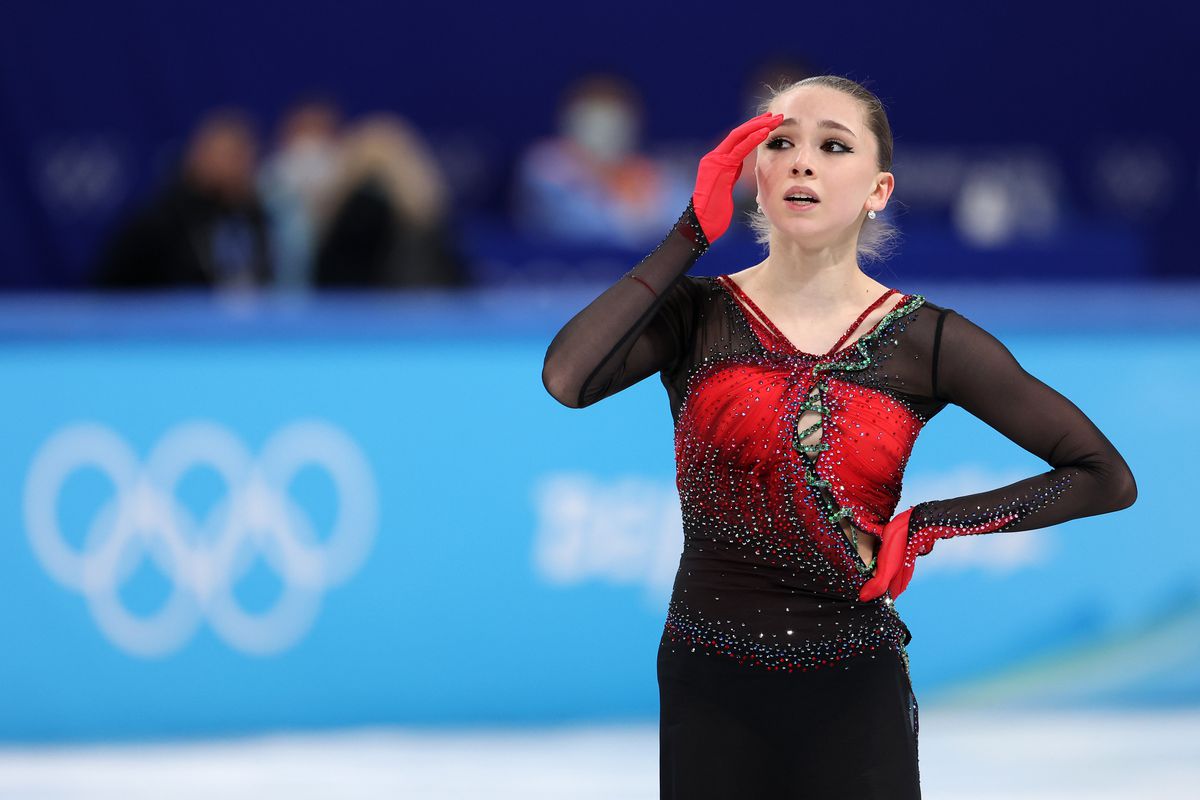 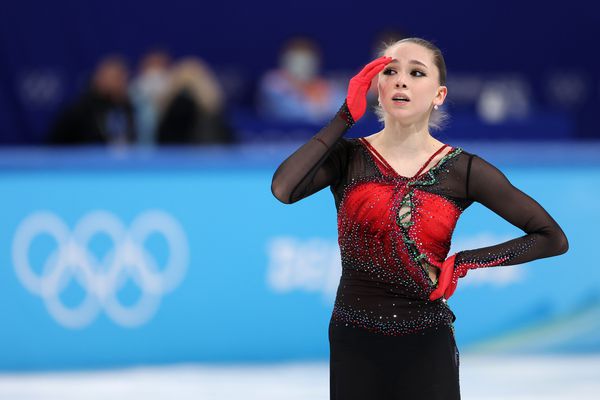 If the Olympics didn’t already have Russia, they would have to make one up. No soap opera works without a villain.

Once again, Russia – known in these parts as “Russia,” despite the IOC’s feeble name-erasing efforts – is up to some nonsense.

Exactly what sort of nonsense is not yet determined. As of this writing, all that’s known is that the IOC is holding off on giving out the medals for team figure skating until it can resolve something to do with a “legal consultation.”

As soon as those words popped from the mouth of an IOC spokesperson on Wednesday, the world’s collective head swivelled in Russia’s direction.

The Russians won the team figure skating competition. The standout was 15-year-old Kamila Valieva. She hit two double-quads in that competition, becoming the first woman to do that at an Olympics. She didn’t beat the field. She lapped it.

With her on-ice talent and off-ice charm, the elfin teen has been setting herself up for global stardom at these Games. Olympic darlings – they just have that special thing.

Apparently, it’s possible some of that special thing is available at your local drugstore.

According to Russian newspaper RBC, Valieva tested positive for a banned heart medication before competing at the European championships last month.

The drug, trimetazidine, improves endurance. It’s not clear if Valieva has a therapeutic exemption or suffers from heart problems.

On Thursday morning, amidst a lot of juking and jiving to avoid questions, the same spokesperson made sure to shift the blame pre-emptively.

“What I would remind you is that the IOC delegated both testing management and sanctioning in doping cases to ITA (International Testing Agency) and CAS (The Court of Arbitration for Sport) to avoid even the appearance of conflict of interest.”

The legal part of it could have to do with Valieva’s age. As someone who is under 16, she is considered a “protected person” by the IOC. That means if she were to be found guilty of a doping violation, she could not be identified.

So how do you explain what happened without explaining what happened, if in fact something happened, which you are not prepared to say for legal reasons?

You hire a bunch of lawyers and tell them to keep swapping memos until after the Olympics are over. Then, when everyone’s lost interest, you release a boilerplate statement.

The beneficiaries here include the Canadian team, which finished fourth. If this is a disqualification scenario, it would scoop a bronze.

At this point, they ought to have two Winter Olympics. One to figure out who wins, and another a year later to figure out who really won after the cheats have been caught. A bit like those reunions they do on reality dating shows – “Oh Canada, we thought you were so cute. It’s great to hear that medal worked out for you in the end.”

Who loses in this scenario? No one.

If you did a wrong thing and got caught, you didn’t “lose.” You got caught. There’s a difference.

At the organizational level, this is great news for all involved (despite all the official hand-wringing and hair-pulling yet to come).

Thus far, this Olympics isn’t lacking in juice. It’s juiceless. They’ve been squeezing for days now, and nothing. Ratings are down. The venues are somnambulant. Even the athletes seem weary.

What we need here is some proper aggro to stir the blood. And

no one can turn a bar brawl-y faster than Russia.

It tried to pick a fight at the opening ceremony by allowing a cleared doper (wink wink) to be the flag bearer. It had the boss drop by to sign a few treaties with China, just to remind the rest of the world that there are global Games we play and then there are the global games they play.

But nobody took the bait. With China unhappily assuming the role of Olympic bad guy, Russia was put in the shade.

Well, here it is, in all its headline-grabbing, black-hat glory. Don’t call it a comeback. It has been here for years.

This would represent the continuation of Russia’s obstreperous domination in Tokyo. The IOC tried to shame it. Russia refused to be shamed. It’s a good life lesson for the rest of us.

Six months ago, you’d have to say Russia won the round – fifth on the medal table despite being “banned.” The IOC and doping authorities can’t even figure out how to punish Russia. Why would we expect they be able to control them?

As of Thursday morning in Beijing, Russia sat tied for sixth on the medals table. If you count the Canadian way (totals instead of golds), it was first.

But that’s a bit tired, isn’t it? Who doesn’t expect Russia to be at or close to the top at a Winter Olympics? What it could really use are a few tasty opportunities for agit-prop. And right on cue, here comes one.

However, this turns out, it’s going to be a fight. You can’t call Russia out – which has already happened in several sourced reports – and not expect blowback.

This is Russia’s entire raison d’être at the Games now – getting in the rest of the world’s face and daring it to say something. What? I’m not touching you. I’m not. I’m not. Now you’re touching me.

Tokyo didn’t give it any of those schoolyard-bullying opportunities. But an old-fashioned doping conspiracy is right up Russia’s alley.

Add in a sympathetic teenager, and this story is factory-designed to drive outrage in Vladivostok: ‘Look at what they’re doing to us this time. How could they do this to a child?’

Tearing a gold medal off the chest of some pumpkin-headed luger who looks like a bean-bag chair with legs is one thing. Giving the same treatment to a kid you could pick up and put in your pocket is something else. No wonder the IOC is tip-toeing into this one.

It must be sure, but it must also be quick, and it really must be right. So no worries.

The longer this festers, the bigger a story it will become. The women’s individual competition begins on Tuesday. That could be one hell of a medalists’ news conference. Hijinks are inevitable in any case.

On the one hand, not this again.

(But on another, far more honest hand, thank God for this again.)

Our Olympic team will be writing a daily newsletter to land in your inbox every morning during the Games. Sign up today to join us in keeping up with medals, events and other news.