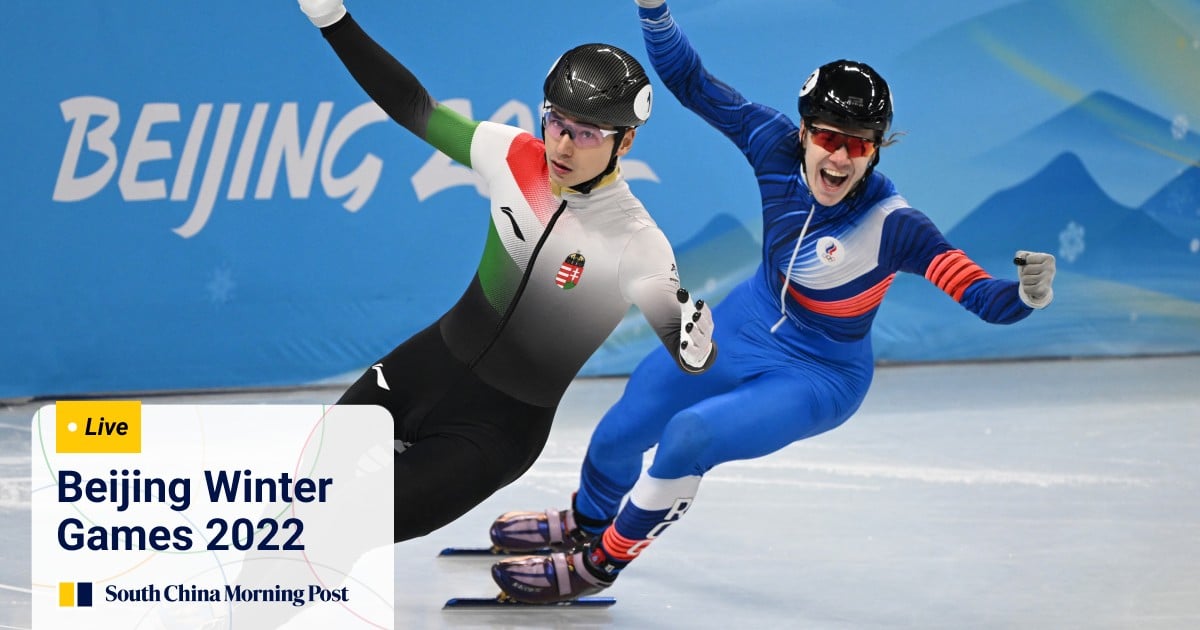 It was a mixed day for China on Sunday, with the women winning bronze in the 3,000m short-track speedskating relay but medal hope Wu Dajing unable to defend his 500m title after being knocked out in the semi-finals. He finished first in the B final.

Earlier, you wouldn’t think too much snow would be a problem for the Winter Olympics, but Eileen Gu and China teammate Yang Shuorui had to wait for the women’s freeski slopestyle to begin. Bad weather forced organisers to postpone today’s qualification runs and they will now take place on Monday, with the final pushed back to Tuesday.

aerials, which were expected to take place tonight, will now happen tomorrow.

And while the men’s giant slalom did take place, Hong Kong’s Adrian Yung may be wishing it hadn’t. The tough conditions saw Yung lose a ski and crash out of the event on his first run. It didn’t seem to bother Matt Odermatt though – he took gold ahead of Slovenian Zan Kranjec and Mathieu Faivre from France.

Elsewhere, the doping hearing into Russian figure skater Kamila Valieva started at 8.30pm, with a result expected to be announced on Monday.

RACE 2 The Story We Tell on Vimeo