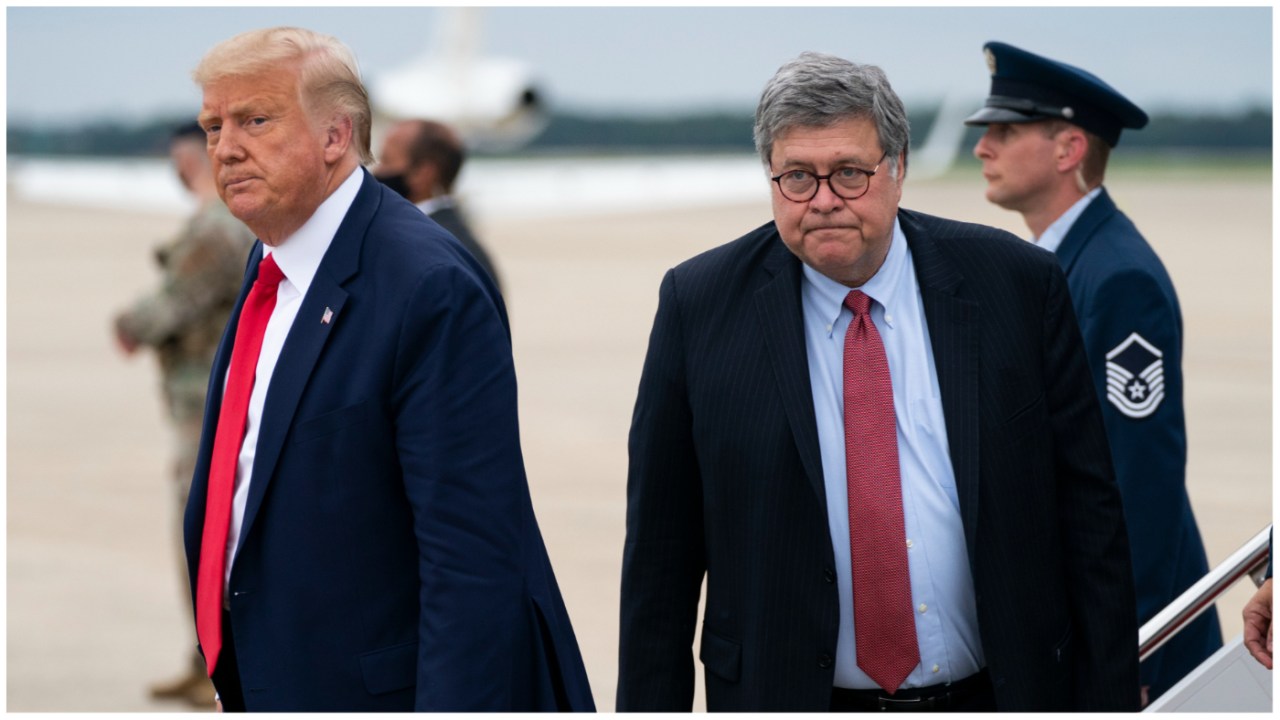 Former Attorney General William Barr has emerged as one of the most prominent conservatives to suggest former President Trump may be in serious legal jeopardy over his handling of sensitive materials, underscoring the growing divide between the former president and his onetime staunch ally.

Barr has become a regular presence on Fox News over the past few weeks, weighing in on the FBI search of Trump’s Mar-a-Lago estate in Florida and subsequent court battles over what the Department of Justice (DOJ) can do with what it found.

It’s not the first time Barr, a frequent target of criticism from Democrats as attorney general, has broken with Trump. Nor is he the first former Trump Cabinet member to become critical of the former president.

But he has stood out recently for his willingness to undercut not just Trump’s own defense but the preferred narrative of Trump’s allies and wide swaths of the Republican Party.

“Bill Barr has been a real law and order kind of guy and has been strongly protective of national security interests and Department of Justice interests,” said Alan Morrison, a law professor at George Washington University.

“And I think he’s always seen himself as being on that side: Tough on people who violate criminal laws, and I think his remarks here are in keeping with that. He’s trying to protect the Justice Department, which he headed not once but twice,” Morrison said.

Barr has in fact just done that, offering defenses of the Justice Department and the legitimacy of its investigation into Trump in a series of Fox News appearances over the past two weeks.

The former attorney general earlier in the month pushed back on various defenses Trump and his team have offered in response to the FBI raid, telling Fox News he was skeptical that Trump had declassified everything he took to Mar-a-Lago as the former president had claimed.

Barr has also been critical of Trump’s push for a special master to review the documents taken by the FBI. The former attorney general called the legal strategy a “red herring” since federal authorities likely had already sifted through most of the seized materials.

Barr urged the Justice Department this week to appeal Judge Aileen Cannon’s ruling in favor of appointing a special master, calling the decision “deeply flawed in a number of ways.”

In an appearance on Fox on Thursday, Barr said he believes the Justice Department is “getting very close” to the point where they could indict someone in the case, including potentially Trump.

The comments were notable coming from a man who Democrats and some legal experts criticized throughout his latest tenure as attorney general, accusing him of viewing himself

as the president’s lawyer rather than the country’s.

Barr’s Fox News appearances undercutting Trump are the latest example of what has been a steadily growing divide between the two men.

One former Trump administration official said there is no love lost between Trump and Barr, and the relationship had been steadily deteriorating since the 2020 election, when Trump was irked that his attorney general publicly said he hadn’t found evidence of widespread voter fraud.

Barr was a key witness for the House committee investigating the Jan. 6, 2021, attack on the Capitol, with recordings of his closed-door depositions featuring prominently in the panel’s public hearings.

Barr told the panel he believed Trump’s claims about election fraud were “bullshit,” “nonsense” and “idiotic.” One hearing featured video of Barr saying he worried Trump had become “detached from reality” as he raised the false premise that voting machines were designed to rig the election.

Trump, who has frequently derided his former attorney general as a “RINO,” or “Republican in Name Only,” used the same insult in response to Barr’s commentary on Fox in which he said authorities likely had good evidence to pursue its search of Trump’s home.

“Bill Barr had ‘no guts,’ and got ‘no glory,’” Trump wrote on Truth Social last week. “He was a weak and pathetic RINO [Republican in name only], who was so afraid of being Impeached that he became a captive to the Radical Left Democrats.”

While the vast majority of conservatives have lined up behind Trump to offer shifting defenses of the former president and criticize the Justice Department as politicized, a few conservatives and former Trump officials have joined Barr in publicly recognizing the seriousness of the matter.

Pelosi reaffirms support for Manchin side deal: ‘No question’

Former Vice President Mike Pence, who is viewed as laying the groundwork for a 2024 bid, said in New Hampshire late last month that he was “deeply troubled” by the search but added the public needs to “let the facts play out” and condemned attacks on law enforcement.

Ty Cobb, who served as a lawyer in Trump’s White House during the Russia investigation, told CBS News on Friday he believes Trump is “in serious legal water,” not just because of the ongoing investigation into his handling of classified documents, but because of efforts to change the outcome of the 2020 election in Georgia, Arizona, Pennsylvania and elsewhere.

Like Barr, Cobb told the news outlet he believes the possibility of Trump being indicted is “very high.”