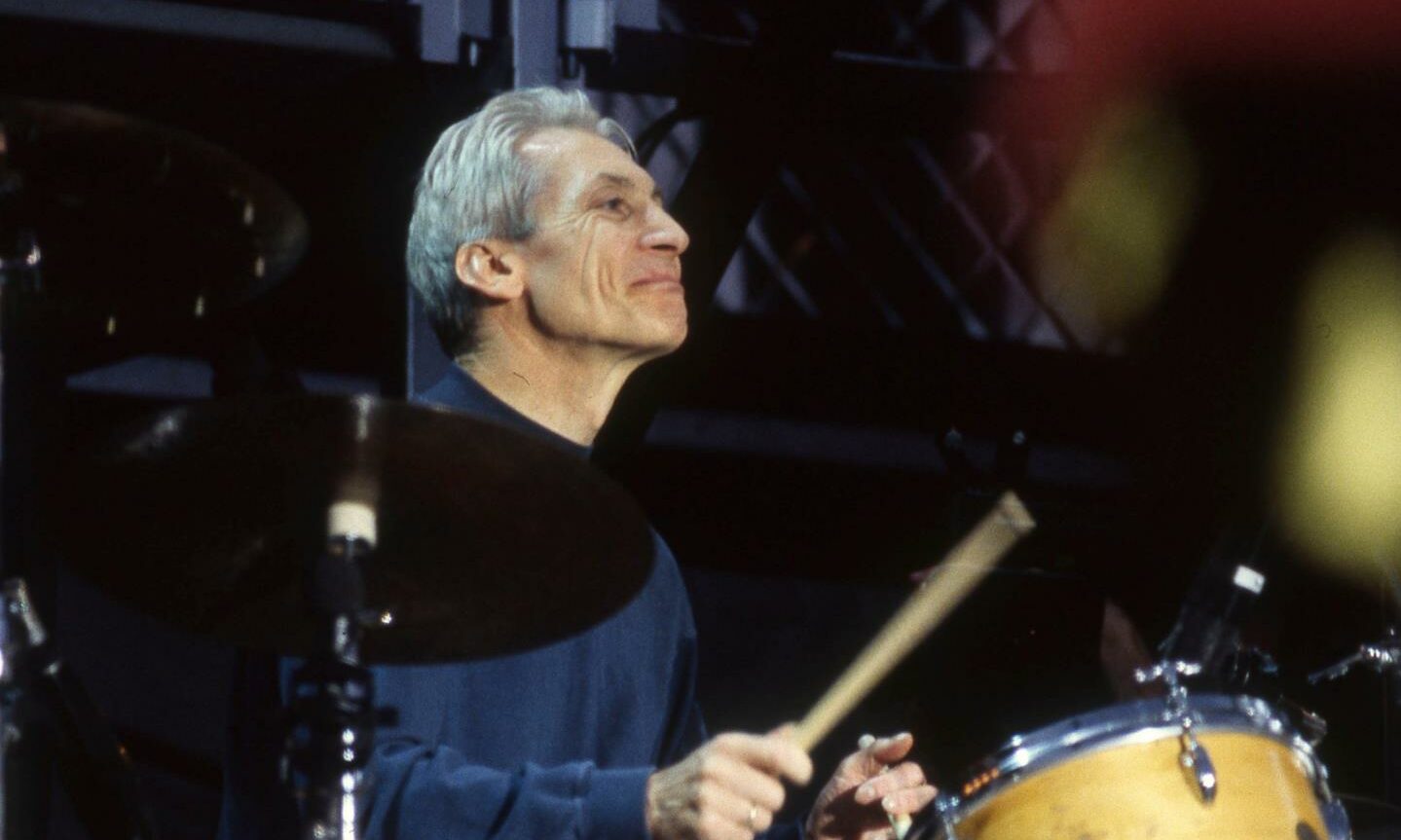 Charlie Watts never had any ambitions to hog the spotlight and preferred to leave the posturing and prima-donna antics to Mick Jagger.

But despite rarely using two words where none would suffice, the jazz-loving drummer, who has died of cancer aged 80, had been a member of the Rolling Stones since 1963, when he joined Mick Jagger, Keith Richards and Brian Jones in the fledgling group, who subsequently rivalled The Beatles in the global popularity stakes.

He was accustomed to the incessant airport check-in-and-hotel-booking monotony which surrounded the band’s decades of touring, but he enjoyed himself on several different visits to various locations in the north-east.

Sometimes, the teenybop adulation threatened to become overwhelming. Sometimes, there was the promise of a fry-up to provide plenty of satisfaction.

But Watts, who once responded to being asked “Where’s my drummer?” by Jagger by punching him in the nose, was a consummate professional, even in the most trying of circumstances.

Watts kept the beat going behind singer Mick Jagger and his band-mates.

Perhaps you can’t always get what you want, but the Stones relished a hearty meal of sausages, eggs, bacon and chips which they tucked into in Laurencekirk on their way to another sell-out concert which was fraught with incident in 1965.

The group members left for the Granite City soon afterwards and were involved in a crash when their chauffeur-driven car collided with another vehicle at the rear entrance of the Capitol on a sunny June evening at the height of their fan adulation.

Shining a light on Laurencekirk

However, nobody was injured and the Stones hardly noticed the bump as they raced for the safety of the venue where they performed in front of screaming girls who tore their hair, wept, waved, sobbed and struggled with police and ushers.

Instead, in the aftermath of the gig, all the band could talk about was the slap-up fare which they enjoyed in the country pub before the show.

“We had a great meal on the way up,” enthused the extrovert Jagger. Laurencekirk I think it was. And the people were very nice.”

The Rolling Stones pictured in 1964.

The Stones didn’t always find life in the fast lane easy, especially when they were being mobbed by hysterical fans wherever they ventured.

They had to be smuggled to safety during a concert in Aberdeen in 1964 when Jagger, Richards, Jones, Watts and Bill Wyman were bundled into the back of a van through a side door before the show had even finished.

The rockers performed at the Capitol Theatre twice on May 19 1964 in a month where they crammed in an amazing 45 shows, before embarking on their first US tour.

The late Moray promoter Albert Bonici had booked the Stones to join the bill of a pop package tour of Scotland to perform in Aberdeen, Dundee and Edinburgh.

Mr Bonici and co-promoter Andi Lothian secured the deal, but only after the popularity of headline act Freddie and the Dreamers started to decline in the UK.

Yet if their star was on the wane, the Stones were surging into the stratosphere.

The news of their appearance on the bill sparked an urgent demand for tickets.

It meant that extra police and stewards were brought in for the two shows in Aberdeen at 6.30pm and 8.50pm with seats costing from five shillings to 15 shillings.

The Stones closed the first half of the 6.30pm show with a set including Not Fade Away, Poison Ivy, Walking The Dog, Cops And Robbers and Roll Over Beethoven.

Charlie Watts with the Rolling Stones in 1964.

The Press and Journal described the atmosphere at these gigs as “pandemonium”.

A front page review said the “crowd went berserk” at

each show “as the group stood nonchalantly on the stage, almost ignoring the audiences”.

Yet, when you look back at the footage of these concerts, there’s a marked contrast between the crotch-grabbing Jagger, all strutting look-at-me panache and showbusiness pizzazz and the drummer, Watts, sitting in the background, controlling the rhythm with an expertise borne of experience.

He didn’t need to make a noise about his abilities when everybody could hear it.

Life wasn’t any less frenetic when the band arrived in Dundee in 1964.

In fact, the Stones had to organise a backstage deal to prevent a riot during a gig which signalled the changing of the guard for 60s music.

The Stones had been booked to close the first half of the show as the prelude to Freddie and the Dreamers headlining in the second half of the evening.

But, by the time the concerts materialised, their cover of Buddy Holly’s Not Fade Away had peaked at number three and was still in the UK charts.

Mr Lothian recalled: “Freddie and the Dreamers were supposed to top the bill, but the Rolling Stones were rushed in to boost flagging ticket sales.

“By the time the gigs came round at all three venues, it was clear that the concerts were going to sell out, thanks mainly to the inclusion of the Stones.

“Freddie and the Dreamers were going out of fashion fast while the Rolling Stones’ popularity was increasing at almost the same pace as The Beatles.”

In terms of their enduring appeal, the Stones could write their own cheques whereas Freddie & Co were forced to paint it black.

Even though they retired more often than Frank Sinatra, the Stones couldn’t resist the allure or adrenaline rush of returning to the stage. And they left their Scottish audience bellowing along to Jumpin’ Jack Flash and their other hits when they came back to the Capitol for a warm-up show before their European tour in 1982.

The Rolling Stones packed out the Capitol on their comeback in 1982.

It was their first gig in Britain for six years and Richards said in advance of the concert: “I need this to keep me young. When we started this band, we thought that we had about two or three years.

“Now it’s habit and it’s absolutely vital that it works on the road. We need constant contact with a living audience.

“We’re so excited about the prospect of doing Britain again after so long. Wherever we might make our home now, that is where our roots are.”

Watts never had any illusions about his place in the grand scheme of things. As he said in 1986: “Mick [Jagger] is the show, really. We just back him.

“But Mick wouldn’t dance well if the sound was bad. It doesn’t come into it with a lot of bands because the lead singer just stands there. We have always been about playing it properly. The rest is candyfloss, it’s froth.

The Stones performed a sensational gig in Aberdeen in 1982.

“At the end of the day, what you’re really doing is playing the drums or the guitar.”

We shouldn’t be surprised he liked a mystery.

After all, he was an enigma himself.

‘Gloria: A Life’ places Steinem at the center of a story much larger than herself