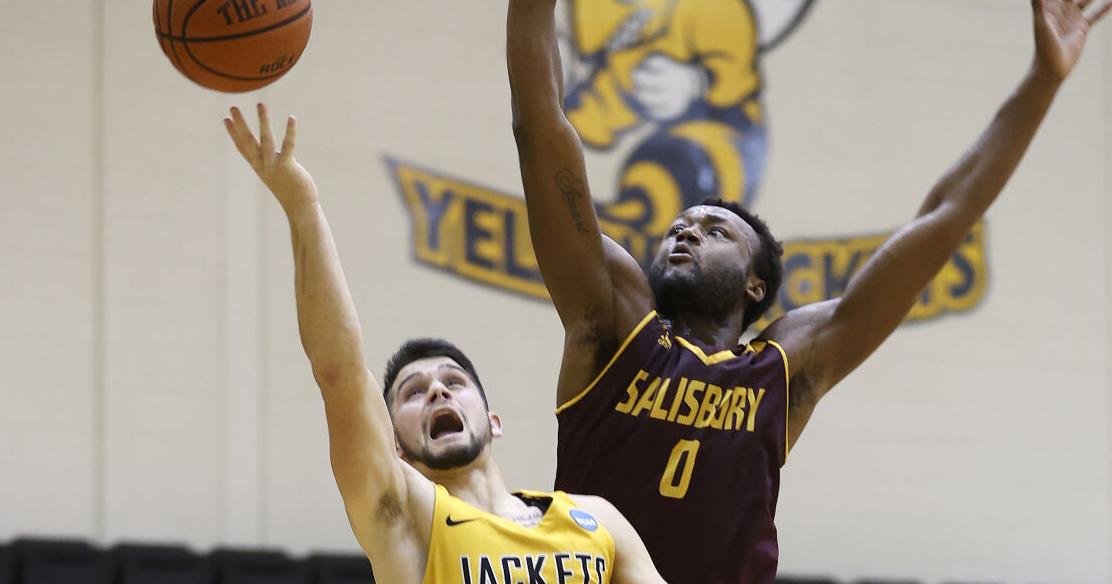 Randolph-Macon coach Josh Merkel is fond of a quote from Virginia coach Tony Bennett, one that succinctly describes what a coach would want from their team from one season to the next.

Merkel has learned that the cliché of if you’re not getting better you get worse is true. And the Yellow Jackets were already notably good, going 12-0 in an abbreviated 2020-21 campaign and winning the ODAC tournament title in a season that didn’t include an NCAA Division III tournament due to effects of the pandemic. They finished No. 1 in the country in the D3hoops.com Top 25.

And R-MC brought plenty of experience back, including guard Buzz Anthony and forward David Funderburg, who opted to use the extra years of eligibility available to them because of the pandemic. The group, though, didn’t rest on the laurels of last season.

Players worked hard over the offseason, Merkel said, and came back even better than they were.

“When it comes to the offseason, would you beat last year’s version of yourself?” Merkel said, paraphrasing the Bennett quote. “And we had a group of guys that could.”

As it turned out, they could beat not just their former selves, but also just about everyone else they’ve faced so far, too.

The Yellow Jackets have been perhaps the most potent team in the nation. They’ve won 18 straight games, the third-longest streak in program history.

That included a perfect 16-0 mark in regular-season ODAC play. That has R-MC (24-1) No. 1 in the D3hoops.com poll and the top seed in the ODAC tournament, set to face ninth-seeded Bridgewater (10-15) in the tournament quarterfinals at 1 p.m. on Thursday at the Salem Civic Center.

And R-MC enters postseason play not just after what would be a third straight ODAC tournament title, but hungry to go all the way.

“I think it’s possible that we could find a way to win the last game that we play,” Merkel said. “These guys know it. It’s what we were striving for, it’s what we’re working hard for — to be ready for anything but also having that humble spirit to know that if we don’t bring it, then our season could end early as well.”

On an individual level, examples Merkel gave of improvement he saw sprout from players’ offseasons were Anthony getting better beyond the arc, off the dribble, and forward Miles Mallory becoming more aggressive — expanding his range and creating opportunities off the bounce.

But the Yellow Jackets, Merkel said, always want to start with defense. And what has helped them most, he said, is that their best players on the offensive end also take great pride in playing defense.

And so, while R-MC has been efficient offensively — shooting 49.2% overall this season, which is 11th nationally — the group also carries the second-best scoring defense in the country, holding teams to just 59.1 points per game.

we absolutely embody a defensive identity,” he said.

“Our best two defenders are also our leading two scorers,” Merkel said. “And our hardest two workers. So, when your franchise guys are like that, it gives you a chance to have a special season.”

The Yellow Jackets’ one loss this season came at Christopher Newport on Nov. 28, a second game in as many days as part of the CNU/Holiday Inn Invitational. That broke a 23-game win streak, the second-longest in program history, dating back to the end of the 2019-20 season.

R-MC then hosted Virginia Wesleyan three days later, to open ODAC play, and struggled mightily in the first half, shooting 28% in the first half and trailing by 7 at the break. But then the Yellow Jackets came out and shot 78% in the second half, outscored the Marlins by 19 and won 65-53. And they haven’t lost since.

That game, Mallory said, was important.

“Between that 20 minutes [in the first half versus Virginia Wesleyan] and then the last five at CNU was like a bad 25 minutes of basketball,” said Mallory, a 6-5, 211 pounder who is 14th nationally with 2.4 blocks per game. “I feel like that’s too long — we felt like it’s too long for our group. We had a good talk [at halftime].”

The perfect mark in ODAC play included a pair of wins over Bridgewater. The Yellow Jackets held the Eagles to 34% shooting from the field in the most recent meeting, an 81-50 final result on Feb. 10.

A third time around, on Thursday, Mallory expects Bridgewater to come out hungry.

“So we got to match that and then exceed their will to win,” he said. “Because we have an older group and we want to get this done.”

The Eagles beat Eastern Mennonite 85-74 in Tuesday’s first round to reach Thursday’s game.

The Yellow Jackets enter the ODAC tournament having won 41 of their last 42 games overall. Anthony, earlier this season, broke the ODAC career assist record (now at 731) and the R-MC career steals record (now at 227). He’s the only four-time ODAC player of the year in league history, winning again on Wednesday.

Mallory was named the ODAC’s defensive player of the year Wednesday.

So the Yellow Jackets are certainly no strangers to success and accolades. Merkel joked that he doesn’t think there’s anything they can do that hasn’t already been done in R-MC’s successful history — maybe, he said, other than winning a national championship.

And as R-MC begins a quest for more ODAC glory, that’s what seems possible beyond.

“We want to play as many games as possible and find a way to win that last game,” Merkel said. “And that’s been our mission for a few years now, and that will continue to be the mission that drives us.”

Luke 10 NIV – Jesus Sends Out the Seventy-Two – After