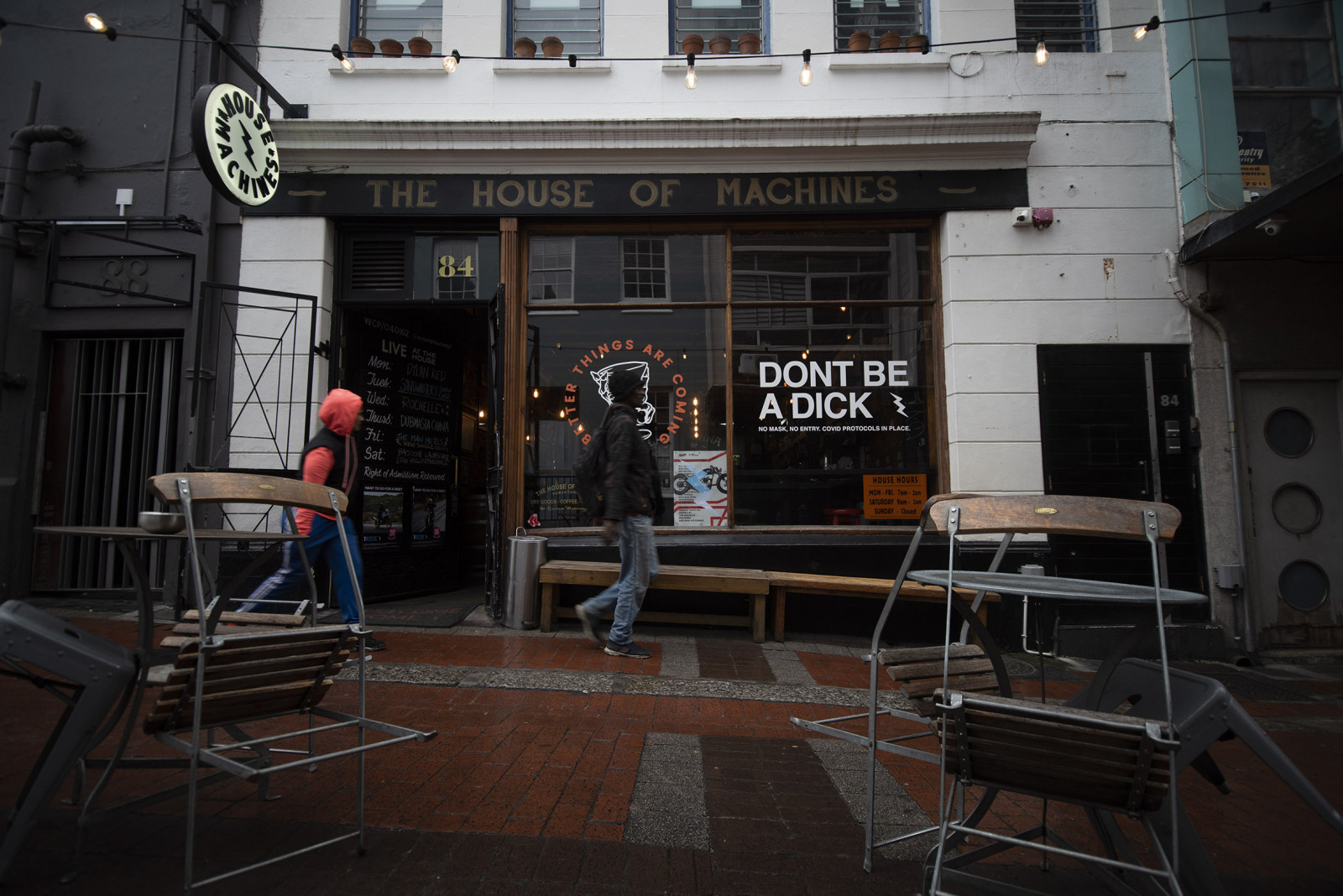 During these colder months people turn to restaurants for a warm gathering over a meal or a drink. These days it would seem that so many restaurants, bars and other food establishments are pushing the boundaries that shape South Africa’s culinary universe. Restaurant names are often one’s first interaction with a restaurant, before you have peeped the menu or continued to lurk their Instagram feed.

Names that are overtly too wordy, cheekily suggestive or incorporate symbols like ‘+’ or ‘&’ appealing to South Africa’s particular flavour of hipster, restaurants and bars really are cultural reflections of both a local and national level based on what is deemed ‘cool’ in this world.

There has been a growing trend of culinary establishments that move towards incorporating sexual inuendos or explicit language into their names, menus and the oh-so trendy glowy neon sign phenomena.

The name of the establishment is the first thing you tell a friend and it can either excite or shock. The promise of a [warm] good time is what draws folk in at first, meaning some are willing to look past a name for the promise of a fun time that keeps their hands warm. However, some have managed to keep this cheeky momentum going, while others have had to rethink their approach to the art of quirky branding.

From Peeping Tom to Morning Glory

Johannesburg’s Park Corner has a plethora of funky named bars and restaurants, like A StreetBar Named Desire (an homage to the 1951 Tennessee Williams film); burger spot Buns Out; and a barber shop named Bar Ber Black Sheep.

Peeping Tom first opened in August of 2021 before changing its name to The Edge of Glory, which lived a short life, eventually closing its doors in March 2022, a year-long journey for the owner of Peeping Tom, Chad Paul.

“Fancy as F**k” and “anti-fancy”, was the restaurant’s always unapologetically edgy golden thread, that they boosted throughout the entire life of the establishment.

“We were under some serious flack because of our name.

Parkview residents also say that particular corner of the block is kind of cursed. There have been at least three different restaurants over the last few years that can’t seem to stay open.

Peeping Tom, now named Morning Glory, despite the changed name – and its…ahem…pulled back offering as a smaller coffee shop – unapologetically holds on to its spicy, riské golden thread throughout its Instagram. Posts with cacti that resemble the male member sitting behind short coffees saying, “some folks prefer it small” still pays homage to the original Peeping Tom vision.

Ironically, sharing a wall with Peeping Tom’s old premises, is the more demure, low-key bar, Sin + Tax. Some call it the not-so-secret secret bar of Johannesburg, this bar manages to keep its name despite referring to the extra charge often placed on goods deemed “harmful” to society like alcohol, tobacco or gambling.

Perhaps it’s because the bar’s front door is more concealed than its former Peeping Tom neighbour. Lowkey cool is what keeps Sin + Tax safer than Peeping Tom or other riské named establishments. Or maybe it’s the plus sign giving Sin + Tax a declarative edge that is more straightforward that this is a bar not meant for everyone (the ultimate ‘if you know, you know’).

Don’t Be a D!ck at the House of Machines

Cape Town’s original Rock n Roll biker themed bar, the House of Machines, too attracts its own flavour of rugged hipster on motorcycles with its now iconic window signage – that encourages everyone to be nice – reads “Don’t be a dick”.

You won’t see the Hell’s Angels sitting in the back making deals, but you will find neighbourhood locals smashing pints and loaded hot dogs since opening in 2013 by Brad Armitage, the brain behind Vida e Cafe and craft beer brewery, Brewers Union.

Perhaps it is the “what you see is what you get” vibe from the outset, with tattooed locals, sipping on pints while sitting on the sidewalk that has just made sense for the last eleven years that has allowed the House of Machine’s explicit signage to stay up.

For Greater Glory and the falsification of Mexican history