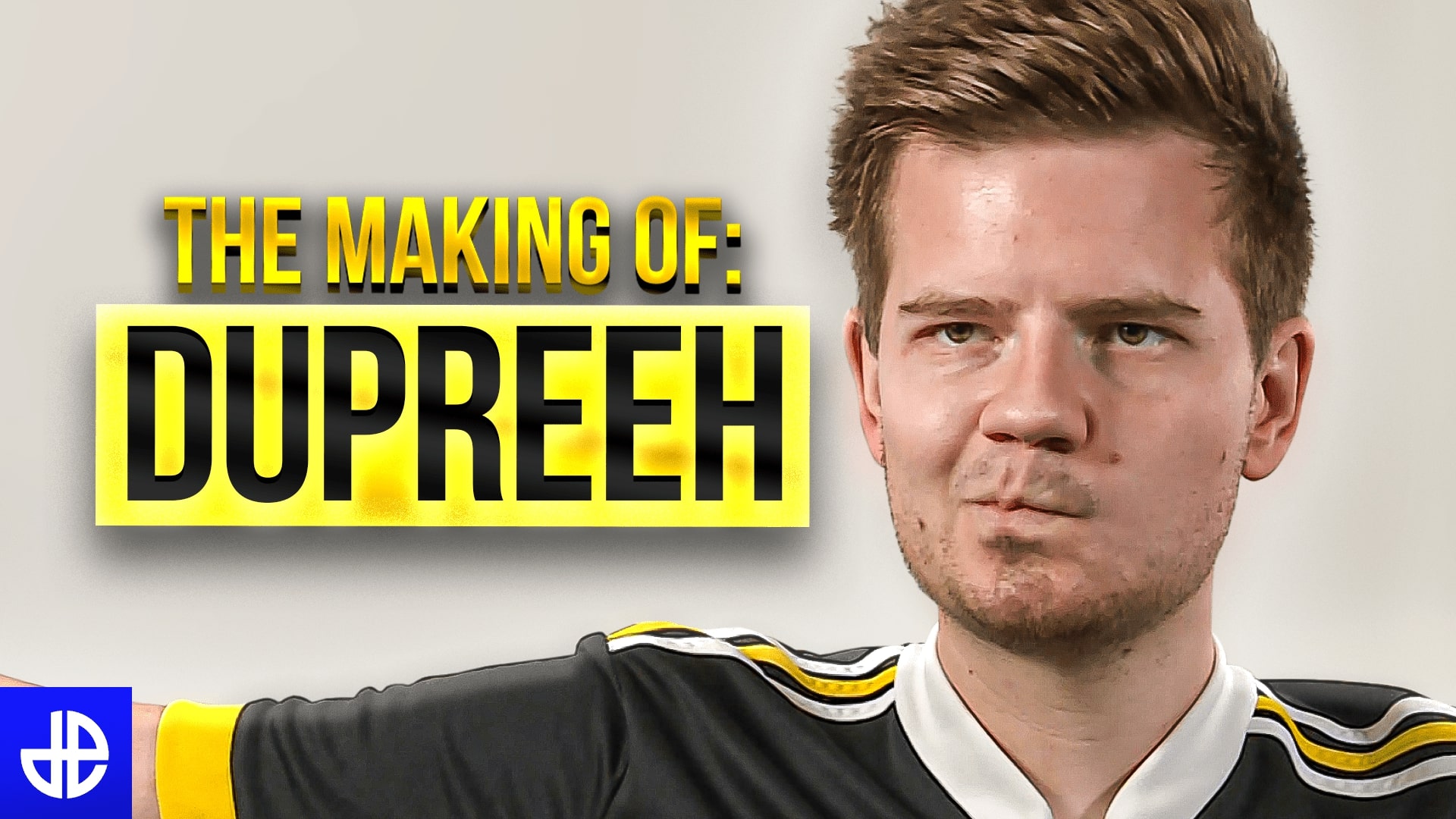 Danish CS:GO star Peter ‘dupreeh’ Rasmussen has an illustrious career within esports, however, as with any great career, it wasn’t always smooth sailing.

In this exclusive interview, dupreeh breaks down the highest and lowest points of his career, from the ground-breaking death of his father, to the heights of his victories alongside Nicolai “dev1ce” Reedtz, Andreas “Xyp9x” Højsleth, Lukas “gla1ve” Rossander and Emil “Magisk” Reif, and his future goals since joining Team Vitality.

The tragic death of dupreeh’s father

In 2010 tragedy hit the Danish player when his father was diagnosed with an aggressive form of chest cancer, turning his entire world upside-down. Despite the devastating news, dupreeh buried his head into his growing passion of becoming a successful CS:GO player, and ultimately achieving the unthinkable by becoming one of the world’s best. Dupreeh has been an active member of several world-beating CS:GO teams, such as Astralis, TSM, and now Team Vitality.

Just days before one of the biggest achievements in his career, of Astralis being crowned champions at the 2019 Katowice major, dupreeh was hit with the unbearable news of his father’s passing, following an eight-year battle against cancer.

Despite the difficult circumstances surrounding their victory, dupreeh stood out from the crowd, and became a backbone for the Astralis team, ultimately overcoming all odds to achieve the unthinkable

and fulfilling his father’s final wish.

The downfall of Astralis

Following three major wins, dupreeh’s Astralis era hit a rocky path when the team faced inconsistencies, causing them to have unexpectedly poor results within tournaments, seeing teams such as Team Liquid and ENCE overtake them.

One of the largest downfalls for this Astralis line-up came in May 2020, when their captain ‘g1ave’ announced his hiatus from professional CS:GO due to symptoms of stress, and burnout, following advice from his doctor. Nine days later, the team was hit with more demotivating news, with Xyp9x announcing his indefinite break from the team, and professional Counter-Strike to focus on his mental health. Astralis’ loss of two key members caused shock waves throughout the Counter-Strike community, leaving fans and rivals querying the competitive ability of the remaining line-up.

In 2020, the team hit an all-time low, when key member ‘Dev1ce’ announced that he would not be renewing his contract with the team, after 5 years, and had instead signed a 3-year-long contract with rival team Ninjas In Pyjamas. This was the closing chapter to the Astralis era, with dupreeh, Magisk and their coach zonic announcing their move to Team Vitality.