Porsches are more than just sportscars for many people, including retired astrophysics professor Kathy Mead who bought a

in 2010 and went on to compete at Pikes Peak ten years later.

Her story is particularly intriguing because – unlike most gear heads and track addicts – she wasn’t drawn to racing in early life.

“I’ve definitely not been a car person all my life, I always liked sports cars, but even now I’m still not a ‘car girl’. I did always want a Porsche 911 though,”  she tells Porsche during an interview.

She fulfilled this ambition in 2010 by buying a 997 generation Carrera with a PDK transmission, a car she still owns today and has driven coast-to-coast twice.

“I bought a 911 and learned to drive it properly because I like driving. Driving is a skill. And a Porsche is an engineering marvel. I don’t want to just park it in my garage and admire it. I admire it by honing my craft so that I can experience its potential.”
To be able to drive and understand the car properly, she enrolled in the Porsche Club of America (PCA) and participated in various driver ed track events, but even though she was gaining confidence, racing still hadn’t crossed her mind. 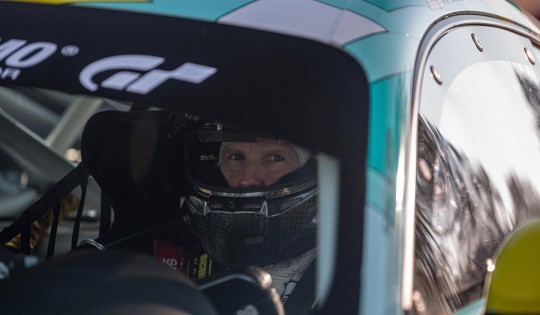 “When I first went to the track, here were all these people who do everything from changing their own brake pads to modifying their engine and suspension. Well, that wasn’t me. I just wanted to steer the car!”

She quickly mastered steering and became comfortable with the 911’s 340 ponies to the point where the car’s factory setup was holding her back. So, she upgraded it with a track-oriented suspension, race seats, and a roll bar.

These modifications naturally led to faster lap times and improved performance, but the ambitious Mead quickly grew tired with the limitations of track events. “So, I had a conversation with myself, I said you have to either be chill about this, or you have to go racing. I decided to go racing.”

To do that, she decided to buy another

but this time, it would be a track-only 981 Cayman GT4 Clubsport. This car would allow her to compete in various race series, most of which were hosted by PCA. 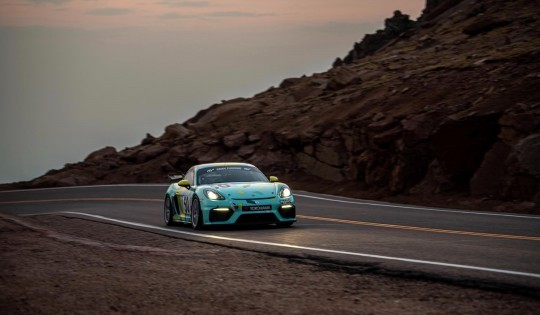 To improve her racing skills, she hired a driving coach and soon after, Mead set up a customer team to maintain the car. To understand the specifics of a racecar, the former professor became studious about driving, watching countless hours of video, learned about setups, and analyzed her own race data.

In 2017, the 58-year-old competed in the entire season against fellow Clubsport owners and was looking forward to returning before personal issues forced her to abandon racing for two years. After such a long hiatus, she was hesitant to get back to it and begun considering the possibility of competing in time trials.

During her time away from the track, a division had been created for the Cayman GT4 Clubsport on the Pikes Peak International Hillclimb, backed by Porsche Cars North America, with driver coaching from the famous Jeff Zwart. 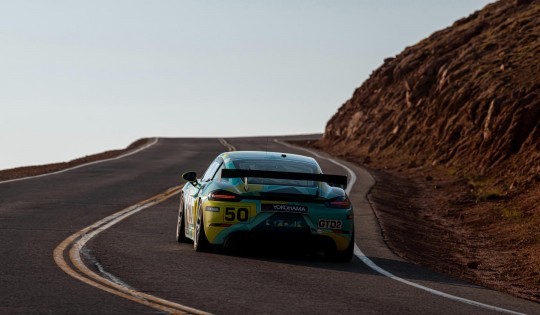 Kathy toyed with the idea of entering the competition and discussed the possibility of doing so with her mechanic Mike Conn.

“I was aware of Pikes Peak but mostly through videos of people crashing spectacularly and that didn’t interest me, but one day in January of this year (2020) Mike told me the deadline for registering was that night. It was decision time. I filled out the forms and it was done.”
Due to the ongoing pandemic, Mead was unable to travel to Colorado to practice and adapt to the high altitude which would have helped, considering she’s afraid of heights.

When she finally got there, Kathy became a model student, appearing in every available practice session and quickly adapted to the rigors of racing at over 4,302 m (14,115 ft) above sea-level.

“I felt well prepared, but you still have to execute, and race day at Pikes Peak is the only time that you get to drive the whole mountain. But what I’d learned in practice was just to think about the next turn. So that’s what I did, through all 156 of them. And when I crossed the line it was the most euphoric, I’ve ever felt in my whole life. It was the hardest but coolest thing I’d ever done: a complete release after a month of focus and preparation and I was literally screaming in the car.” 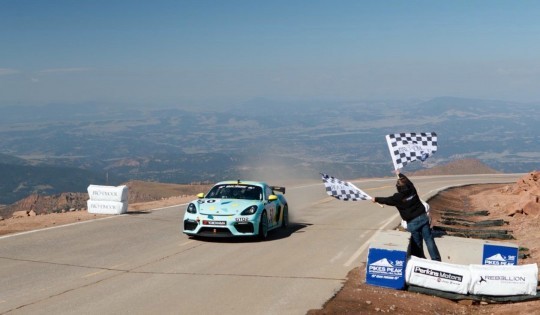 Kathy Mead managed to finish the hill climb in 11 minutes and 36 seconds earning Rookie of the Year honors, an achievement that gave the 61-year-old even more confidence to return to racing.

“Life is short,” she says, “and at 61 I really want to do more. I will race with the PCA again next year and am going back to Pikes Peak. I’m not good at making plans for the future, but I’m definitely doing that.”

Her incredible story serves as an inspiration for men and women of all ages who should never give up on their dreams and pursue them with passion, dedication, and courage.