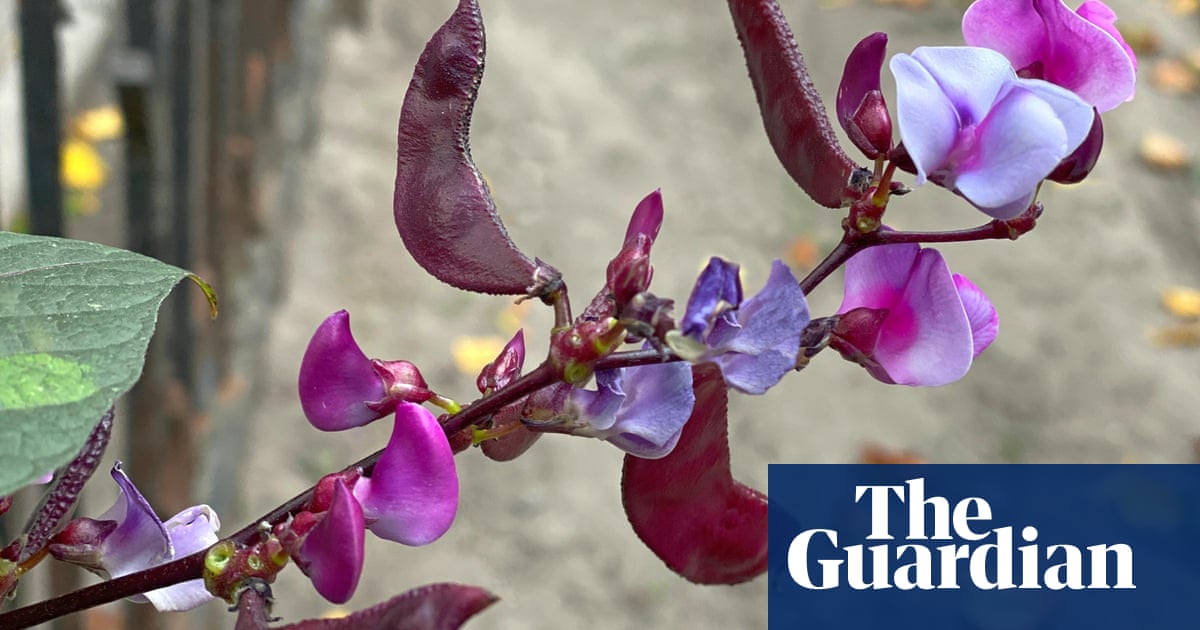 A number of climbers will crown whatever they climb in a blaze of hot summer action: dreamy purples and sunset shades of oranges and reds. This lot grow fast in the heat but fizzle out the minute the frosts appear. In short, they will live hard and die young – if you give them a warm enough corner.

There are many beauties to choose from. The hyacinth bean, Dolichos lablab“Ruby Moon”, has huge, scented purple flowers which, if you’re lucky, will be followed by brilliant purple pods that can be cooked like French beans if picked young. Then there’s the Chilean glory vine, Eccremocarpus scaber, with its orange trumpets; black-eyed Susan, Thunbergia alata, and her cultivars in shades of apricot, tangerine and peach; and the dusky purple bells of Rhodochiton atrosanguineus, which make surprisingly lovely cut flowers. 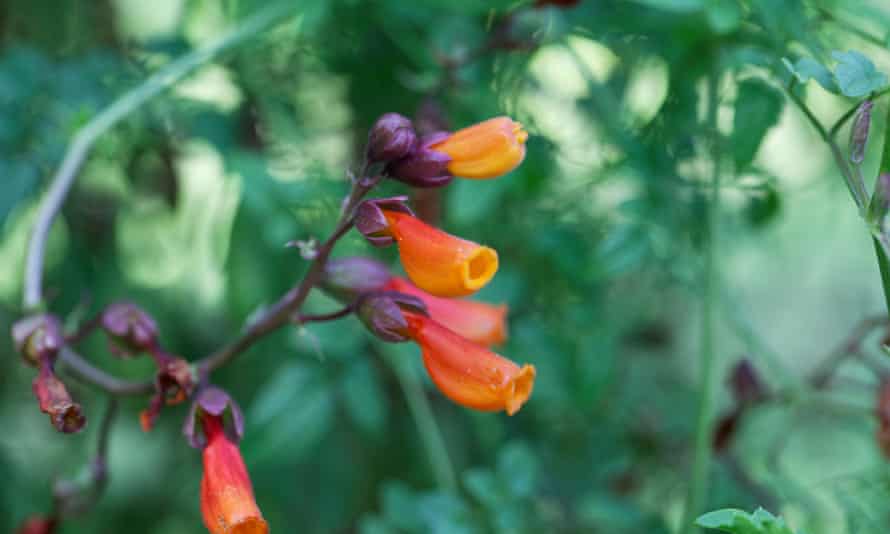 Nearly all of these are perennials in their tropical habitats: vines from Chile, Africa and Mexico will just about stomach our cooler summers if you sow them now and offer them the best bit of warmth your garden has. A few will make it through a mild winter if it isn’t too wet, but most will come to a swift end after a hard frost.

So start them off somewhere warm indoors. They shouldn’t be planted out until all threat of frost has passed, and will need to be hardened off for two weeks before planting out. They all grow at speed,

so don’t start them off in seed trays or modules – they will outgrow them in the blink of an eye. If their roots are given too little space early on, this will check the plant’s later growth, so plant seeds in a large container.

I’d suggest sowing five seeds or so in a long tom (a tall pot up to two-litre capacity) or a deep root trainer with good-quality peat-free compost. Water well and cover with clear plastic until they germinate. Keep the compost damp but not wet, to avoid rotting the seed. Uncover once the baby leaves have unfurled, and place somewhere bright but not in direct sunlight.

Once the first true adult leaves appear, prick them out, handling them by the baby leaves and not the stems (damaging these will often mean the end of their life). Don’t be tempted to squish their roots into their new home – the more root run they have now, the better chance they have at roaring off into growth in the garden.

Give them plenty of sun – this can’t be emphasised enough – and rich but well-drained soil. Add compost to improve either thin or heavy soils. If you don’t have soil, don’t worry: they often do very well in large containers if given something to climb up, which makes them a great choice for a sheltered balcony railing and a trellis.