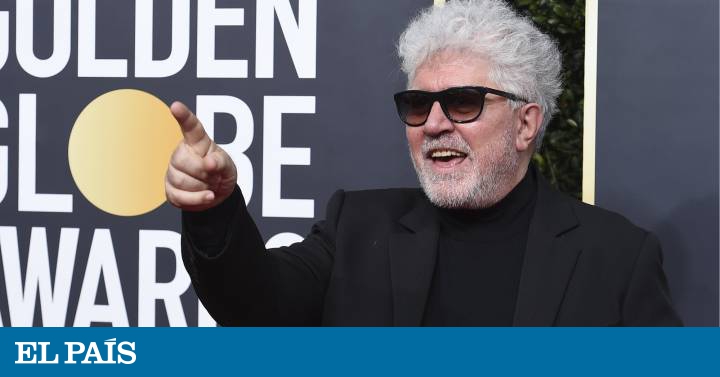 Pedro Almodóvar is back at the Oscars. On Monday, his latest movie Pain and Glory was nominated in the category of Best International Feature Film, marking the Spanish filmmaker’s return to the Academy Awards after Talk To Her earned a statuette for best screenplay 17 years ago.

The internationally acclaimed director is breaking a long dry spell for the Spanish film industry, which had not had an Oscar foreign language nominee since 2004, with Alejandro Amenábar’s The Sea Inside. Last April, the Academy’s board of governors approved a name change for this category, which from this year onward will be known as Best International Feature Film.

Antonio has been a part of my movies and of my life for over 30 years, and I am filled with pride at the fact that he has just earned his first nomination with this movie

Pain and Glory’s main rival in the race for an Oscar is South Korea’s Parasite, by Bong Joon-ho, which has won a Golden Globe and which is also vying for Best Motion Picture of the Year at the Academy Awards on February 9. The other nominees are Honeyland from North Macedonia, Corpus Christi from Poland and Les Misérables from France.

Antonio Banderas has also been nominated for Best Actor for his work in Pain and Glory, where he plays the director’s alter ego, Salvador Mallo.

When the nominees were announced, Almodóvar was in London on a stopover from a flight home  from Los Angeles, where he had traveled on Saturday to pick up two more awards for Pain and Glory. The director sent a message from the airport: “I am very happy about these nominations. It is the finishing touch to the film’s career. Antonio has been a part

of my movies and of my life for over 30 years, and I am filled with pride at the fact that he has just earned his first nomination with this movie.”

Pedro Almodóvar and Antonio Banderas during the filming of ‘Pain and Glory.’ MANOLO PAVÓN

This is the fourth time that the Spanish filmmaker has been shortlisted for an Oscar. In 1989, Women on the Verge of a Nervous Breakdown ran in the Foreign Language Film category but lost to Pelle, the Conqueror. In 2000, Almodóvar won with All About my Mother, and in 2003 Talk to Her won for best screenplay, but the Best Foreign Film award went to Nowhere in Africa.

Spain has taken home the Best Foreign Language Film prize on four occasions: in 1983 (José Luis Garci’s Starting Over), in 1992 (Fernando Trueba’s Belle Epoque), in 2000 (Pedro Almodóvar’s All About My Mother) and in 2004 (Alejandro Amenábar’s The Sea Inside.)

Pain and Glory follows the story of Salvador Mallo, a 60-year-old filmmaker who is suffering physically and emotionally – from back surgery, from feelings of remorse, and from the fear that he will never shoot another movie again. The role, played by Banderas, is an alter ego for Almodóvar, who admits that he found inspiration in his own life and feelings, but who underscores that the character is fictional.

The movie has earned critical acclaim at various international forums, including Cannes and the European Cinematographic Awards. Pain and Glory also has 16 nominations to the Goya Awards, Spain’s version of the Oscars, which will be handed out on January 25.

The Spurs’ Glory Days were anything but boring