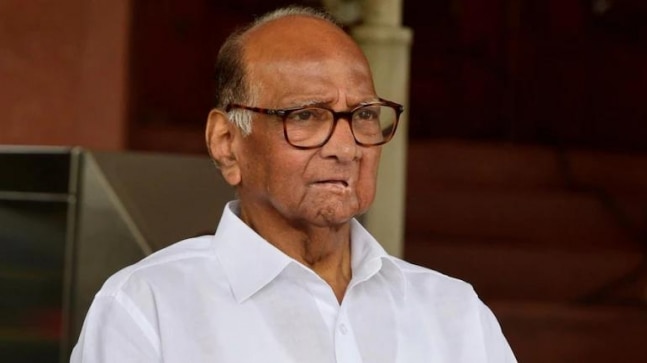 Calling some Congress leaders ‘sensitive’ over the issue of leadership, Nationalist Congress Party (NCP) chief Sharad Pawar has compared the grand old party to landlords who still reminisce about their past glory.

Sharad Pawar spoke on various topics, including the future of the Maha Vikas Aghadi (MVA) government in Maharashtra, Opposition unity and national politics.

Asked about the lack of unanimity in the Opposition over making Congress leader Rahul Gandhi the prime ministerial candidate, Sharad Pawar said that some leaders in the Congress are sensitive about their leadership.

“I had told a story about UP zamindars, who used to have huge land parcels and big havelis. After the Land Ceiling Act, their lands shrank to 15-20 acres. They did not even have the power to maintain their havelis. Every morning, they got up, looking at the land, and said that this all used to be ours. The mentality (of the Congress) is similar to that. The reality has to be accepted,” Pawar said.

‘CONGRESS THE ONLY NATIONALLY RELEVANT PARTY’

However, Sharad Pawar also added that with a pan-India presence, the Congress continues to be the only nationally relevant party in the country that can provide an alternative to the BJP.

“The Congress was stronger (in the past), unlike today when they have 40-45 MPs. At that time, they had a strength of around 140. The Congress’s number only

“But we are used to seeing the old Congress. Today’s Congress is nowhere close to that. That is because the Congress has become weak; a lot of their own people have left them. If you want to create an option today by bringing everyone together, the question is, for what? I won’t say to regain power but for stability and to take the agreed development programme forward, which the Congress is unable to do today,” he further said.

‘I NEED NO PRASHANT KISHOR’

Sharad Pawar also clarified his stand on the recent series of meetings between him and political strategist Prashant Kishor, downplaying the speculation. “I don’t need any help from Prashant Kishor. Moreover, I don’t have any ambitions today of any post. But yes, I would like to make efforts to bring the Opposition together,” he said.

Sharad Pawar’s conversation with Rajdeep Sardesai and Sahil Joshi can be watched on Mumbai Tak’s YouTube channel on Saturday 11 am onwards.