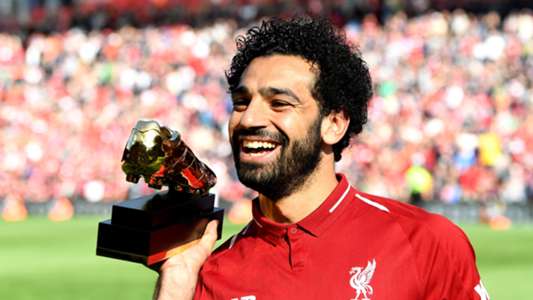 Mohamed Salah says the Premier League Golden Boot is not a top priority for him in any given campaign, with the Egyptian adamant that collective success will always be placed above individual accolades.

The 28-year-old has been a prolific presence for the Reds since completing a move from Roma in 2017, with the target found on 111 occasions through 177 appearances.

He has finished as the English top-flight’s leading marksman in two of his three seasons at Anfield, with a notable hat-trick being chased down in 2020-21.

Salah has 13 league goals to his name this term and sits above Tottenham duo Heung-min Son and Harry Kane on the scoring charts – with the likes of Bruno Fernandes, Jamie Vardy and Dominic Calvert-Lewin also in the mix.

Liverpool will be looking to a talismanic figure to keep them in the hunt for major silverware, but personal prizes will not be allowed to divert attention in what can become a “nightmare” situation.

Salah told TV2 on being in the running for a third Golden Boot: “I’m happy when the team wins, that’s the most important thing.

“When I’m scoring goals and can help the team, that makes me more happy. When I don’t score and the team doesn’t win, that’s a nightmare!

help the team because the team comes first before anything and before anyone.”

Liverpool have not been at their free-flowing best of late, with uncharacteristic struggles endured in the final third, but Salah says the Reds are working hard to right those wrongs.

“We also lost a couple of points in the last couple of games, so we need to come back to our way and we need to stay on track to win games so we can keep fighting for the Premier League.”

A meeting with old adversaries Manchester United on Sunday will present Klopp’s men with an ideal opportunity to rediscover their spark and put down a title marker, with the defending champions determined to show that they mean business.

Salah said: “The game is really big at the moment, especially because now they are first and we are second.

“They are playing well this season as well. It’s a good game but at the end of the day we need to win that game, I think that’s the most important thing.

“I always say it’s just one game, it’s only one game. But because this one, if they win they are going to be six points [ahead of Liverpool] and if you win you’re going to be the same, it’s a little bit special this game.

“It’s always different. The last two years I’ve always said it’s one game and that’s it, it’s three points. But this game now, because they are first and you have to be close to them and beat them to be first as well, it’s a little bit special.”