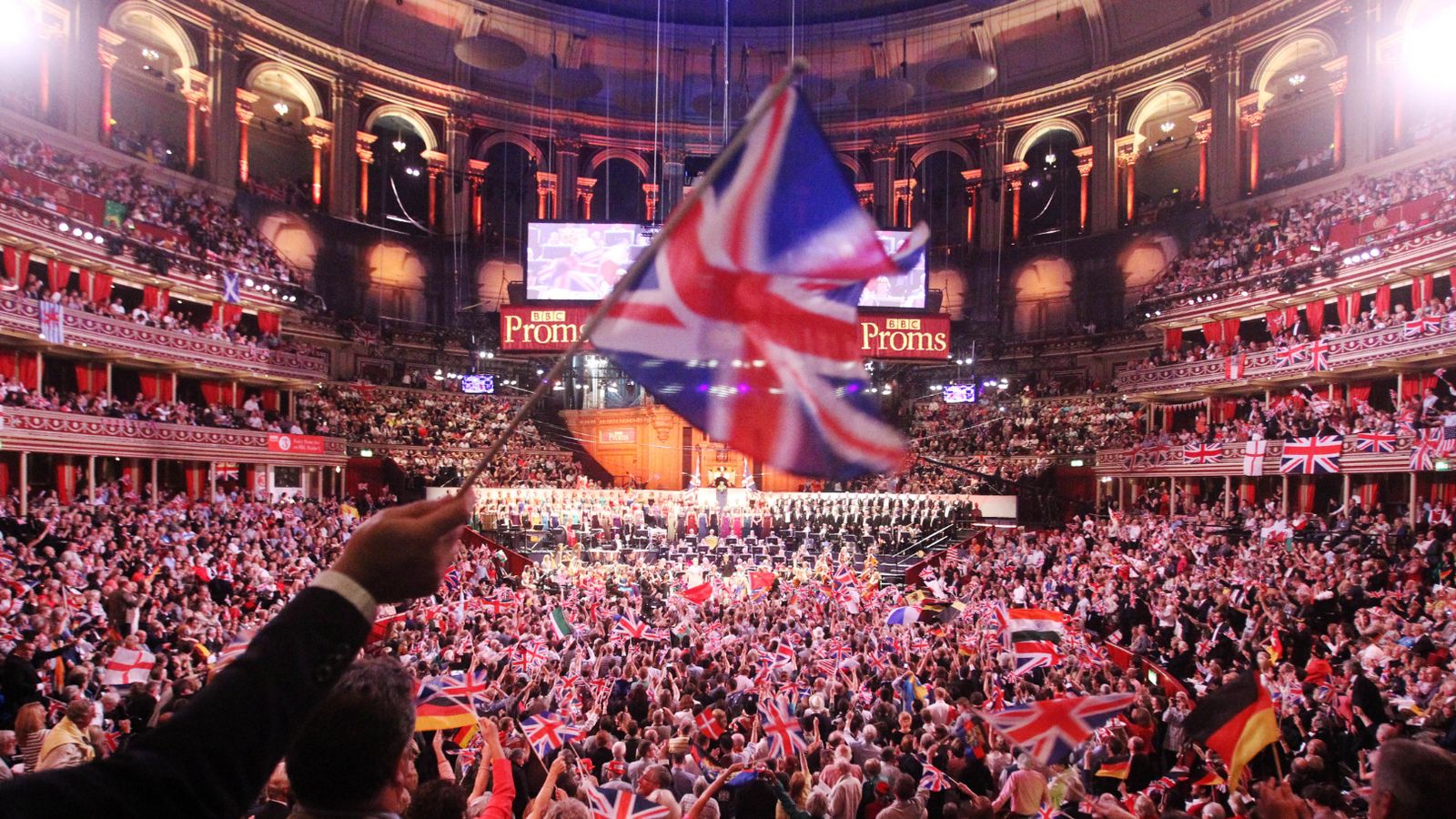 Rule, Britannia! and Land Of Hope And Glory have long been popular choices for British classical concerts – but have sparked a heated debate in recent days.

The patriotic songs made headlines following reports they were potentially going to be dropped from the BBC’s Last Night Of The Proms, due to their perceived association with colonialism and slavery.

Prime Minister Boris Johnson has even waded into the row, saying it is time to stop “our cringing embarrassment” about UK history.

The broadcaster has now said orchestral versions of the songs, but not the words, will be performed, and the Royal Albert Hall event – which is going ahead without an audience – will include “familiar, patriotic elements”.

But what are the lyrics and why are the songs deemed controversial? 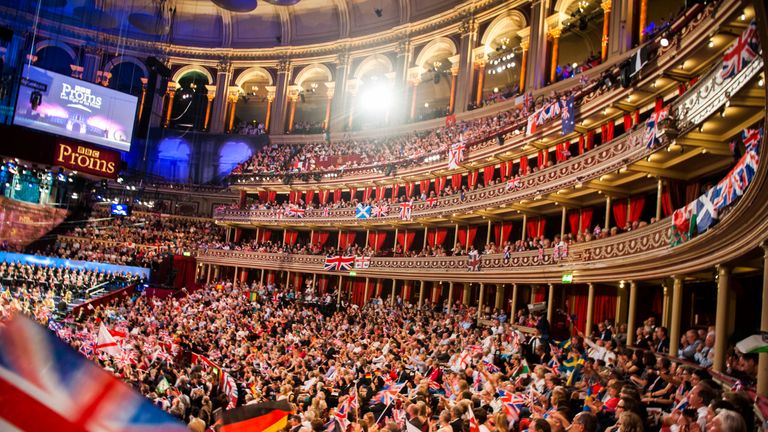 Image:
The event is normally watched live by thousands of fans

Written in 1740, Rule, Britannia! originates from the poem of the same name by James Thomson, and was set to music by Thomas Arne. It is strongly associated with the Royal Navy.

Critics have called out links to the British Empire, colonialism and slavery, particularly in the wake of the Black Lives Matter protests that started earlier this year.

It has lyrics such as Britons “never shall be slaves” and contains the verse: “The nations, not so blest as thee / Must, in their turns, to tyrants fall/ While thou shalt flourish great and free: The dread and envy of them all.”

Here are the lyrics in full.

When Britain first, at heaven’s command,

Arose from out the azure main,
This was the charter of the land,
And Guardian Angels sang this strain:

The nations not so blest as thee

Must, in their turn, to tyrants fall,
While thou shalt flourish great and free:
The dread and envy of them all.

More dreadful from each foreign stroke,
As the loud blast that tears the skies
Serves but to root thy native oak.

All their attempts to bend thee down
Will but arouse thy generous flame,
But work their woe and thy renown.

To thee belongs the rural reign;

Thy cities shall with commerce shine;
All thine shall be the subject main,
And every shore it circles, thine.

The Muses, still with freedom found,

Shall to thy happy coasts repair.
Blest isle! with matchless beauty crowned,
And manly hearts to guard the fair. 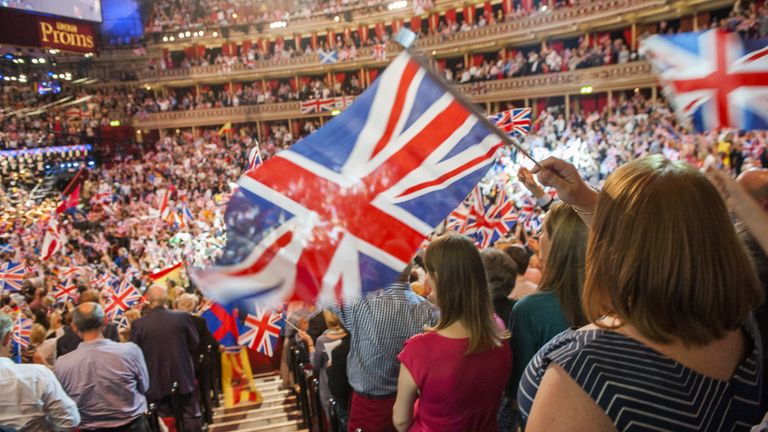 Image:
BBC director-general Lord Hall says the decision to perform orchestral versions was a ‘creative’ one

Land Of Hope And Glory

Land Of Hope And Glory features music by Edward Elgar and lyrics by AC Benson, and was written in 1902.

Again, its links to colonialism have led to criticism.

It includes the lyrics, “By freedom gained, by truth maintained/ Thine Empire shall be strong”, and “God, who made thee mighty/ Make thee mightier yet!”

Here are the lyrics in full.

Land of Hope and Glory
Mother of the Free
How shall we extol thee
Who are born of thee?
Wider still, and wider
Shall thy bounds be set;
God, who made thee mighty
Make thee mightier yet!

Dear Land of Hope, thy hope is crowned

God make thee mightier yet!
On Sov’ran brows, beloved, renowned
Once more thy crown is set
Thine equal laws, by Freedom gained
Have ruled thee well and long;
By Freedom gained, by Truth maintained
Thine Empire shall be strong

Thy fame is ancient as the days

As Ocean large and wide:
A pride that dares, and heeds not praise
A stern and silent pride
Not that false joy that dreams content
With what our sires have won;
The blood a hero sire hath spent
Still nerves a hero son.

Please use Chrome browser for a more accessible video player

The Proms were founded in 1895, and the BBC has run the concerts since 1927. Broadcast on TV, radio and iPlayer, the final night normally attracts tens of millions of viewers and listeners around the UK.

The culmination of the annual celebration of classical music is normally watched live by more than 6,000 fans (over 1,000 of them standing shoulder to shoulder) – but the coronavirus pandemic means it will take place without an audience this year.

BBC director-general Lord Hall has said the decision to perform new, orchestral versions of Rule, Britannia! and Land Of Hope And Glory was a “creative” one.

But he confirmed that the issue of dropping songs because of their association with Britain’s imperial history had been discussed.

It is understood the songs will return to the Proms with singing when the coronavirus restrictions are lifted, according to BBC media and arts correspondent David Sillito.