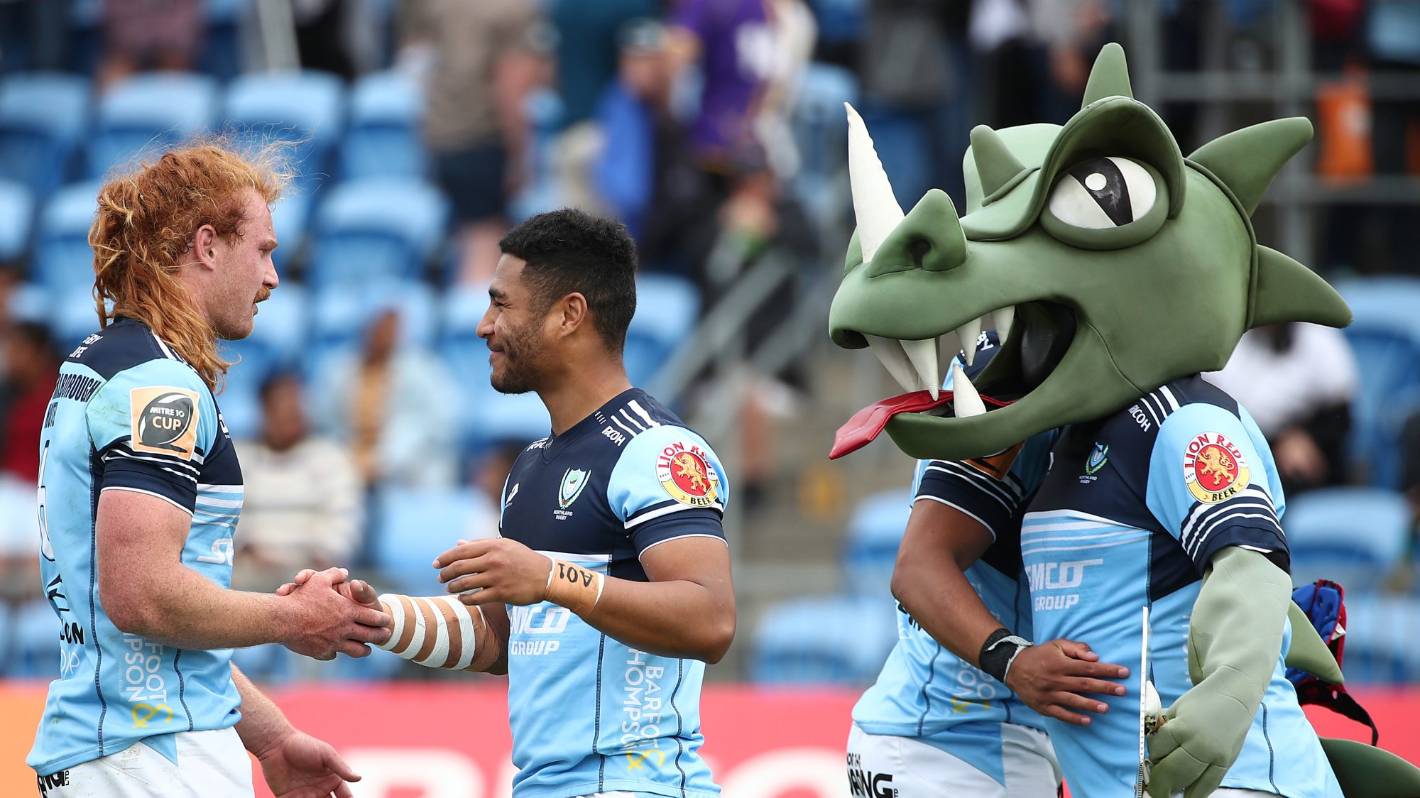 Northland’s class of 2020 have the weight of history on their shoulders when the Taniwha become the fourth Mitre 10 Cup province to challenge for the roving Ranfurly Shield on its roadshow this season.

Hawke’s Bay’s first defence, after a successful heist for provincial rugby’s most coveted prize in Otago on October 4, against Northland at Napier’s McLean Park on Friday could be vital in the final Championship standings because the Taniwha are top going into round six, three points above the Magpies.

But there is also 70 years of history on the line in Northland’s first challenge for the Log O’ Wood since a 39-10 defeat to Hawke’s Bay at the same venue in August 2015.

Northland challenge Hawke’s Bay for the Ranfurly Shield in Napier on Friday night.

Canterbury lost the log to Taranaki in round two, then Taranaki surrendered it to Otago eight days later, and Otago’s defence was only seven days, the equal-second shortest tenure in its 116-year history.

There haven’t been five holders since 1950 (Otago, Canterbury, Wairarapa, South Canterbury and, coincidentally, the last were Northland, who were then North Auckland) and the Taniwha haven’t successfully challenged for the Shield since a controversial 12-10 triumph against Manawatū in Palmerston North in 1978.

That contest 42 years ago is remembered famously for referee Bill Adlam allegedly allowing the match to last longer than it should have because of a faulty stop watch, enough time for Northland to snatch the Shield in the dying minutes thanks to Chippie Semenoff’s penalty via the left post, ending Manawatū’s last reign after 13 defences.

Northland’s Shield history was then tarnished because the union controversially refused defences in their final home matches that season against Southland and Otago, but the log went on the line in 1979 for five defences until Auckland won 9-3 in Whangarei.

More than 41 years later, and after 15 failed challenges, including two in 2000 against Waikato and Canterbury, Northland can rewrite the record books against Hawke’s Bay, although the Magpies are favourites to thwart the Taniwha before possible challenges against Manawatū and Wellington.

None of Northland’s players were alive in 1979 – the oldest, 34-year-old prop Ross Wright, became the union’s 24th centurion this month – but the squad and staff, led by coach George Konia, are acutely aware of what’s at stake.

Konia played in failed challenges for Manawatū and Hawke’s Bay in Auckland’s golden run from 1985-93 and was an assistant coach in one of Northland’s last challenges in 2013, a 31-22 defeat to Waikato in Hamilton.

He said ending the union’s Shield drought would be special and members of their old successes – Northland have won it four times (1950, 1960, 1971, 1978) – have been in contact with messages of support, as have the community in the far north.

Northland coach George Konia said winning the Ranfurly Shield would be special for the community.

“We’re very aware that it’s a Shield game on Friday, but we’re also keen on understanding where we are in the Championship, playing each game week by week on its merits,” Konia said.

“We know if we play well and win, it’s competition points, but it just so happens that it’s a bonus because it doubles up as a Shield challenge as well.

“We really cherish our fans and our supporters and those messages are welcome. It would be huge for everyone.

Northland loose forward Temo Mayanavanua has been called up by Fiji.

“Our players have worked really hard to get this opportunity but it would be really special for our province.”

Northland will be hardened for battle after repelling wave after wave of Southland attacks to win 18-14 last Sunday and figures like Blues loose forward Tom Robinson will be key.