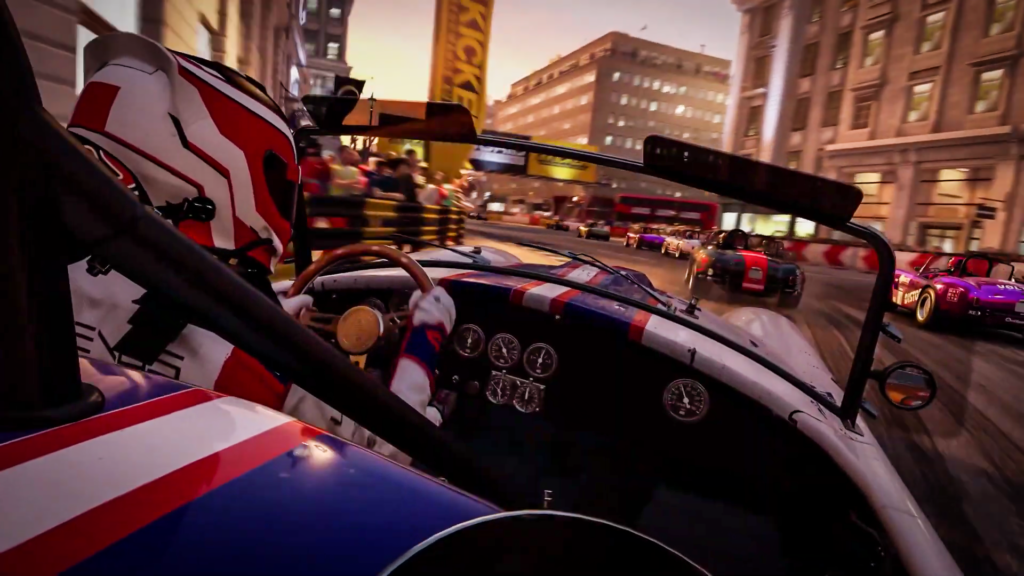 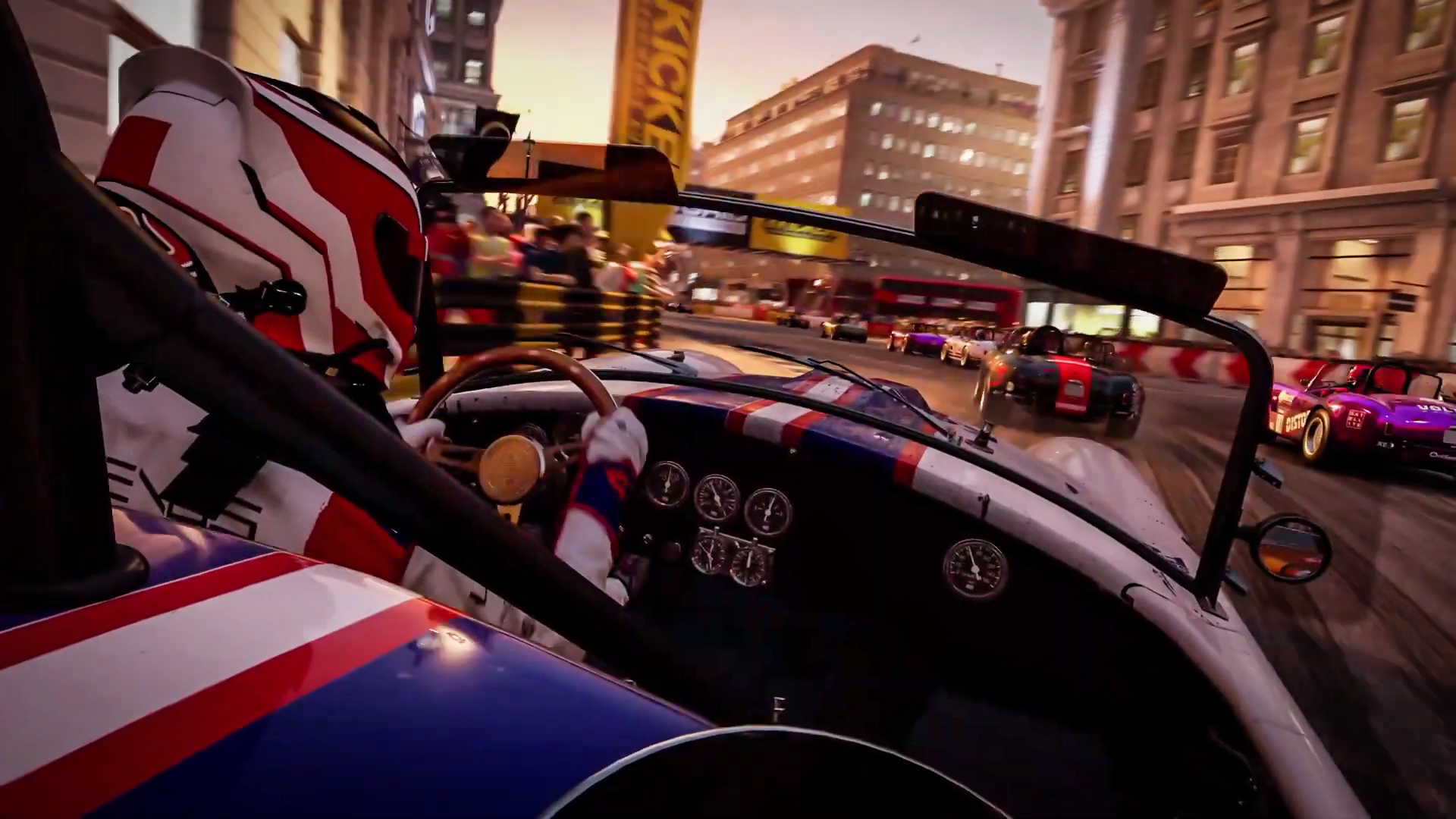 During a YouTube premiere on Friday, the first in-depth look at the Driven to Glory story mode for the upcoming GRID Legends game was unveiled. The premiere had six different race events to look forward to in the story mode, plus some more information on the characters involved with a few included cutscenes.

The footage in the game was filmed by using a mixed reality process. If you’ve watched The Mandalorian, you’ll be familiar with the process. Live actors work on set together with live CGI layered over in real-time.

A mild spoiler warning is in effect if you don’t want to know what the premiere had to say, so don’t read through if you’re waiting for the game to officially launch on 25th February 2022 for PC (Steam and Origin), PlayStation 4, PlayStation 5, Xbox One and Xbox Series X|S. 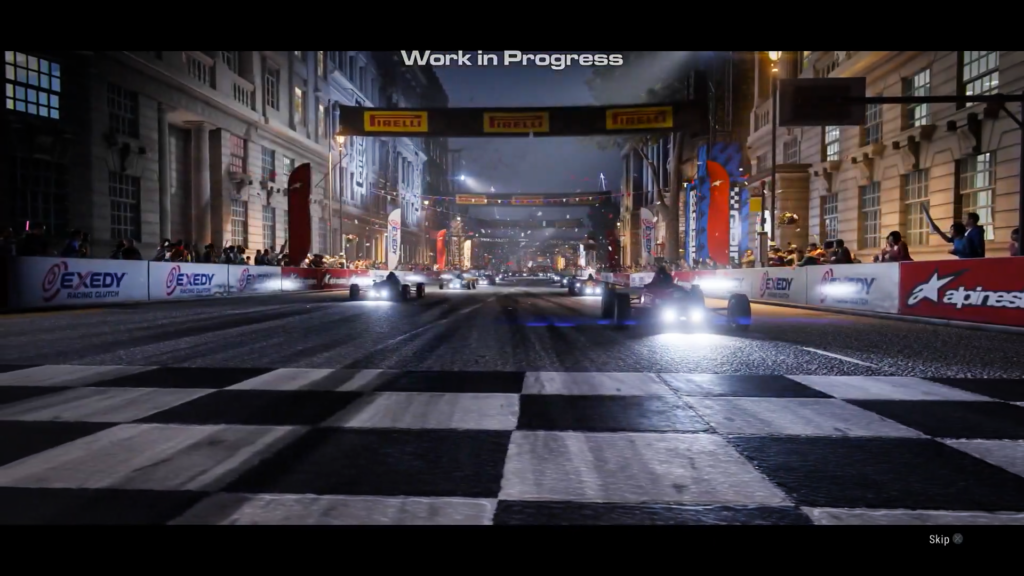 Seneca Racing, led by team principal Marcus Ado, has just lost their #2 driver for the upcoming season. The team’s #1, Yume Tanaka, is a legend in her own right. Unfortunately, the team has struggled with maintaining a #2 driver. Enter the main character who you’ll get to play as throughout the story, Driver 22.

Driver 22 is an up-and-comer looking to break into the GRID World Series. By impressing Ado, you’ll be able to land a ride with the team. The story has Driver 22 working their way up the GRID ladder. There will be plenty of different races and events to partake in. Be warned, however, because there will also be a number of rivals along the way. 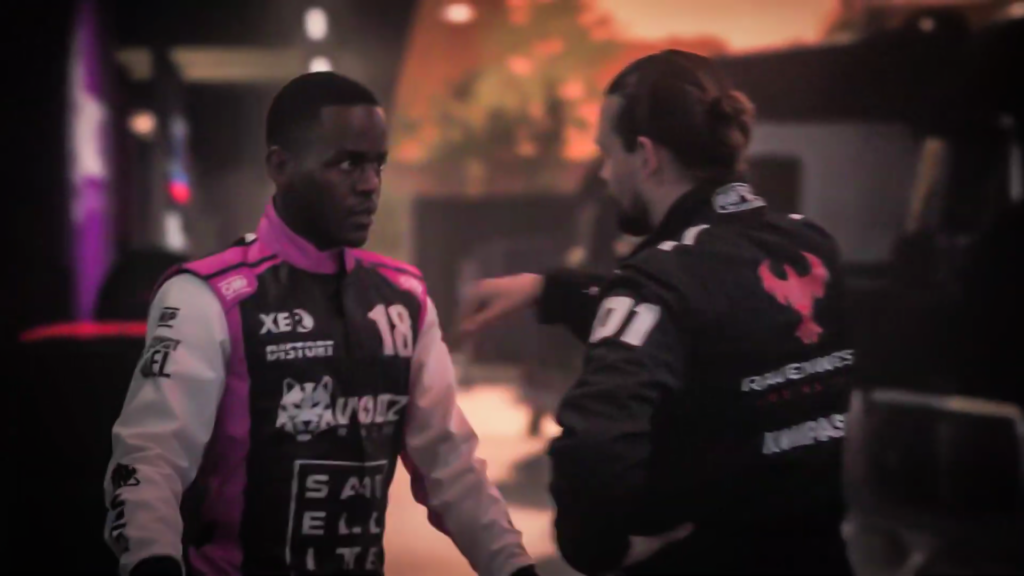 Voltz Racing and their #1 driver Valentin Manzi will be your first big rival in the series. Manzi, played by actor Ncuti Gatwa, will give you grief on the track. Rivals will be marked as such on the relative standings. If you’re around them on the track, they might take a swipe at you. You’ll need to work together with your teammate Tanaka to

take them down and make it to the top.

Tracks displayed in the footage include some familiar ones from previous GRID games. Some fictional racetracks in places like London, Paris and Chicago return to the fold. On top of that, GRID Legends will also include real venues like Mount Panorama and Suzuka. As far as cars, the trailer dropped that there will be over 100 vehicles to jump into off the bat. 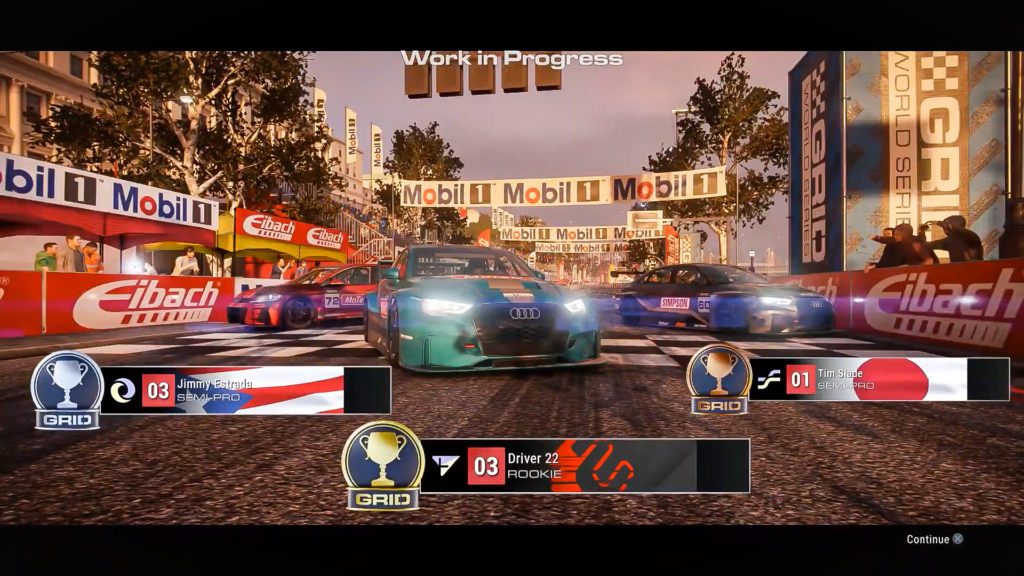 Some of the featured cars included in the footage were the always entertaining Stadium Trophy Trucks, a Ford GT Heritage, the Honda NSX-GT and more. There will be a ton of different racing disciplines involved as past GRID games have featured.

Weather conditions can get intense, as both snow and thunderstorms will be options in the game. A thunderous and wet race up and down Mount Panorama displayed the beautifully scary conditions you’ll face in a thunderstorm race. 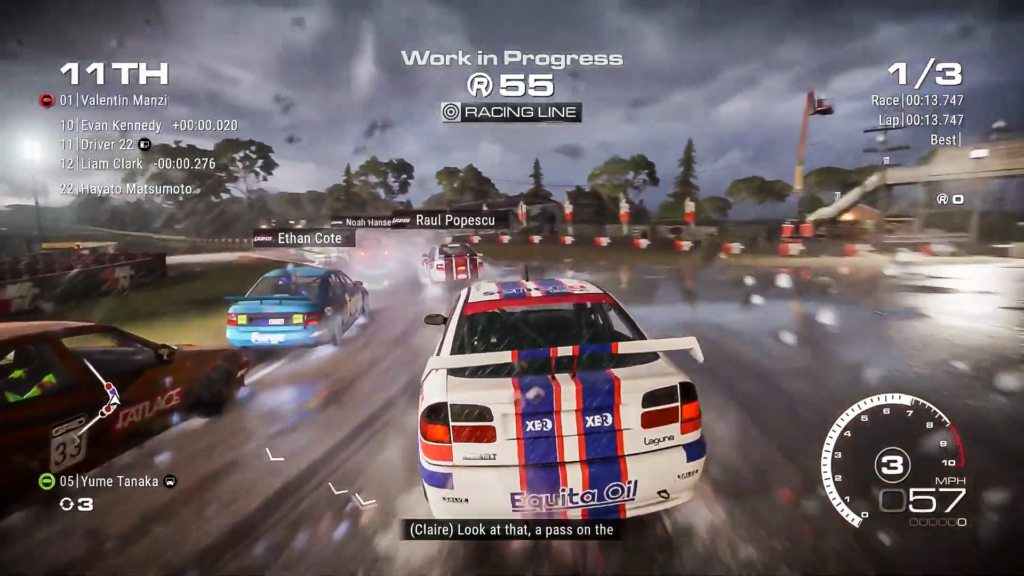 The video introduces us to more Seneca Racing team members and reintroduces the main rivals from the past. The villainous Ravenwest makes its return. Nathan McKane now has a face to put to the name. From the show of things, he’ll likely be the big bad as you work into the Pro Series.

Through the gameplay itself, you’ll earn points for good driving, proper overtakes and following the racing groove. It’s unclear what those “R” points will accumulate and be used for in the story or game itself. 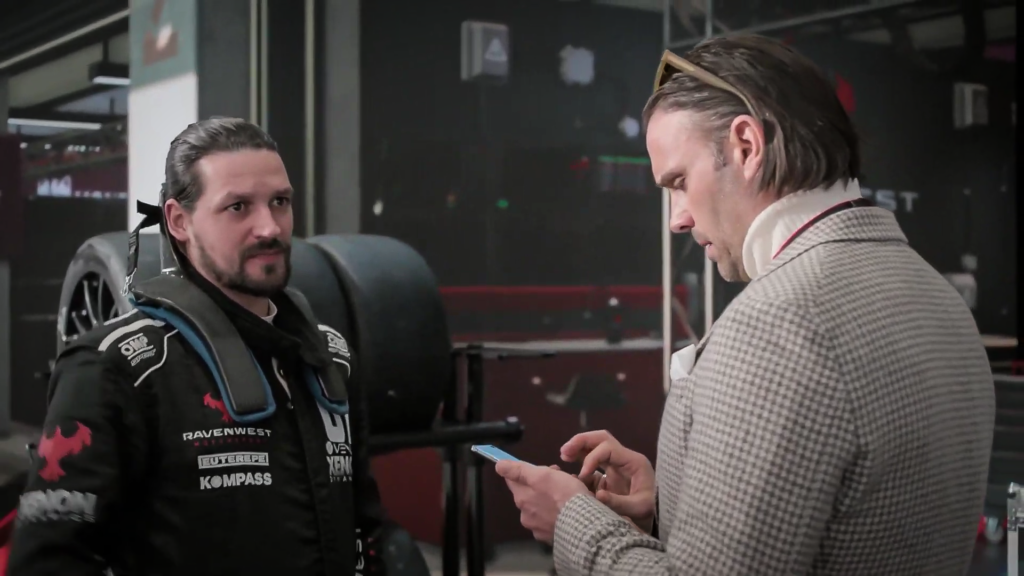 Overall, the story, which comes on the heels of Braking Point story in the Formula 1 game for 2021, seems pretty well done from the surface. We’ll have to wait until 25th February to fully jump in and play it through.

Check out the full 40 minute reveal below. Let us know your thoughts on the new story mode in the comments! Keep it pinned here at Traxion as more news for GRID Legends becomes available.