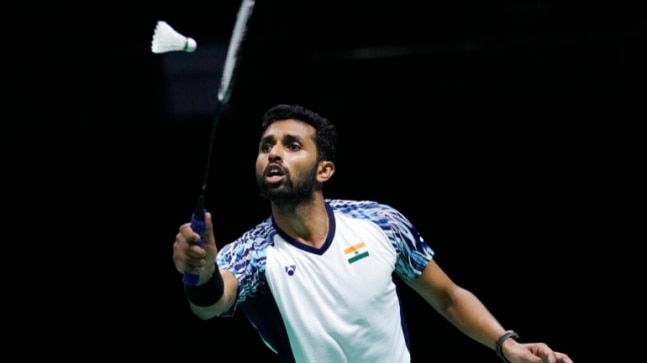 Star Indian shuttler HS Prannoy on Friday recalled how he battled an injury scare during the thrilling decider in the Thomas Cup semi-final tie against Denmark’s higher-ranked Rasmus Gemke at the Impact Arena in Bangkok, Thailand.

In what has been difficult court conditions in Bangkok where quite a few shuttlers have slipped, HS Prannoy saw his knee slide and jam into the court during the first game of the final match of the semi-final tie against World No. 13 Gemke.

Having had his fair share of injury concerns over the years, Prannoy showcased plenty of grit and determination as he came back from behind to beat the Danish shuttler 13-21, 21-9, 21-12 to help India win the tie 3-2 and reach their first-ever final in the history of Thomas Cup team tournament.

Prannoy needed a medical time-out at the mid-game interval during which he was trailing 4-11. With constant support from the stands from his teammates, Prannoy rallied on and came up with a powerful effort in the last two games of the tie as India stunned Denmark.

SHOULD NOT GIVE UP

Prannoy has delivered twice in as many days in deciding matches as India outclassed 5-time champions Malaysia in the quarter-final before showing the door to Denmark 3-2.

“Maybe yeah [that the win was more mental than physical]. Mentally, there were a lot of things going on today. After the slip, it was hurting a lot more than usual, I was not able to lunge properly. I was wondering what to do, I thought I will try to manage somehow.

“Just tried whatever I could, praying that the pain doesn’t aggravate. The pain actually reduced towards the end of the second

game and third game I was feeling much better on court,” Prannoy told the BWF, as quoted by The Field.

India will take on 14-time champions and holders Indonesia in the Thomas Cup final on Sunday and Prannoy has a day’s break to recover from the injury scare.

“I’ll know soon what the scene is actually, hope it’s nothing serious,” the World No. 23 added.

India began Friday’s semi-final on a shaky note as world championships bronze medalist Lakshya Sen lost in straight games to Olympic champion Viktor Axelsen. A lot was expected of the young Indian who had defeated Axelsen earlier this year at the German Open but the towering Dane made light work of Lakshya’s challenge to give Denmark 1-0 lead.

India fought back and equalled the tie through doubles stars Satwiksairaj Rankireddy and Chirag Shetty, beating the Danish pairing of Kim Astrup and Mathias Christiansen. The Danish pair saved as many as 5 match points but the young Indian stars held their nerves to win the first doubles match of the tie.

India went 2-1 up when Kidambi Srikanth, a former World No. 1, came up with a gritty show against World No. 4 Anders Antonsen. Srikanth defeated the former All England champion 21-18 12-21 21-15 before the 2nd doubles match of the tie which India lost in straight games.

The onus to deliver the deciding win fell on HS Prannoy and the hungry and determined Indian shuttler did not disappoint.

Chants of ‘HSP (HS Prannoy, HSP’ reverberated at the Impact Arena as the 29-year-old stepped up and delivered one of the most memorable victories of his career.

Grit and glory on final day of cyclocross at Cantigny