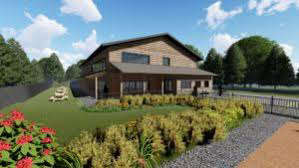 Juneau, Alaska (KINY) – Juneau Police released details Tuesday of an assault at the Glory Hall on Teal Street that led to the death of a 54-year old man

Police received the call at about 10:23 Friday night requesting an ambulance for a 54-year-old man who was pushed out of a second-story window.

Police and Capital City Fire and Rescue responded to the facility and located McKinley, who had sustained life-threatening injuries from the fall. He was taken to the hospital and later medevacked to Harborview Medical Center in Seattle.

An investigation into the cause found that 59-year-old Tommy Floyd Bowers was upset with McKinley because he was banging on the door to his room.

According to police, there was a short verbal altercation between the two men in the hallway of the residential facility.    Bowers is accused of pushing McKinley out of an open window on the second floor.  He fell about thirteen feet to the ground outside, sustaining a head injury.

Both men were reported to be residents of the facility.

Following the investigation, Bowers was placed under arrest for assault in the 2nd degree at taken to the Lemon Creek Correctional Center.

Police say in their release that  McKinley was pronounced deceased Tuesday as a result of the injuries sustained in the fall.   The next of kin has been notified, according to police.

We were contacted by family members who said he remained on life support at Harborview.

The case is still under investigation and further criminal charges as pending against Bowers.

More from News of the North