Eamon Dunphy answers the phone mid-conversation. Things to sort, things to do. Two podcasts to record tomorrow, one in the morning, one in the afternoon. First one will be done at 12.05 – can you call back at 12.10? Grand, talk to you then.

Dunphy will be 76 in August and has left the house only a handful of times since last March. But he’s as full of mischief and contradictions as ever he was. Resolutely himself, with all the good and bad that implies. The Irish Times is calling to talk about A Strange Kind of Glory, his 1991 book on Matt Busby, Manchester United and so much more. And though he is gratified at the interest, he can’t resist a dig at himself all the same.

“You never think that anything you’ve done is as good as it should have been or could have been. When you write for long enough, you know in your bones what’s good and what isn’t. And we all know that we’ve put out plenty of stuff over the years that didn’t work or that was only okay or wasn’t great. 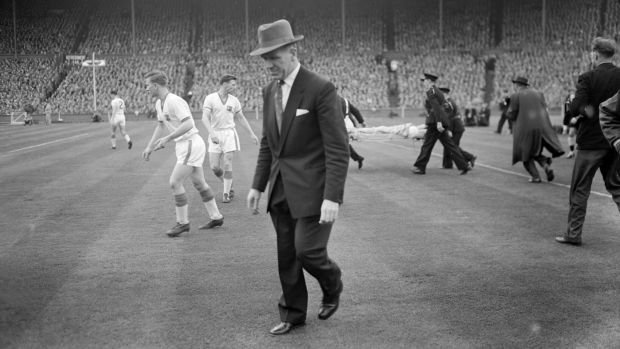 “But that book, it’s the one occasion that I have always been able to look back and go, ‘Yeah, that’s as good as it could be.’ It’s a piece of work that I’m very, very pleased with. And it’s not often you can say that about anything you do.”

A Strange Kind of Glory was in Dunphy’s head for the guts of a decade before it ever troubled the printers. Sometime in the mid-1980s, he spoke to his publishing friend Tony Lacey about it. Lacey had edited Dunphy’s Only a Game? The Diary of a Professional Footballer, so he knew the landscape and the market, but his instincts when Dunphy sounded him out were distinctly unpromising.

So it was that, in the autumn of 1990, just after he had become the country’s most notorious television pundit, Dunphy left Dublin to live in Manchester for six months. The one didn’t cause the other or anything but it was, on the whole, no harm to have something new to throw himself into after Italia ’90 and all that. He took a flat in the city and set about researching the book.

“I remember being there for the end of Thatcher. I was sitting in this little apartment in Manchester the night she got shafted by the Tories, watching it on Channel 4 news. So whenever that was [November 1990], that’s when I was there. I spent six months talking to people there and in Scotland.

He did something terrible to me, really, when I was a kid. He could have sold me to Birmingham City, they were in the First Division. But instead he sold me to York City

“This was the book that I really wanted to write. It thought it was a great opportunity to tell the history of soccer through the prism of Matt Busby, this one extraordinary man, which is what he really was.

“I was friendly with Sandy Busby, Matt’s son. Sandy was a bookie and his business hadn’t done well. He’s a very nice fella but he just isn’t a businessman. So I gave him a few quid and asked if he could talk to his father for me. And through him I got the family’s co-operation, which was helpful. Matt spoke to me and, once his imprimatur was on it, everyone else did so as well.”

What resulted was a book of extraordinary scope and depth. It was so much more than a Busby biography – although it was certainly that. It was also, in part, a social history of the game in England, as well as an often brutal

and unvarnished rendering of the Manchester United origin story. For all that Dunphy was thankful for Busby’s co-operation, the book doesn’t gloss over the darker side of the great man.

“Busby was an awesome man, in the proper sense of the word. I was in awe of him. Amazingly intelligent and cunning. Very hard and charming. And, like many charming people, he had real steel behind all of it.

“He did something terrible to me, really, when I was a kid. He could have sold me to Birmingham City, they were in the First Division. They were offering eight grand for me. But instead he sold me to York City in the Third Division for four grand. He took a chunk for himself. That’s how it was.

“But I found his formation fascinating. He was in the mines in west Scotland when he was 15 years old. He was formed by the General Strike, and the Scottish miners were the hardest bastards and they held out for the longest. So that was the man I was searching for in the book.

“He was paternalistic with me when I went to interview him because I had been there as a kid. So he had a certain fondness for me. But I have to say, he wasn’t engaging at all as an interviewee. It didn’t matter that he had a fondness for me, there was no way he was telling me anything.

“But that was okay. As I say, the fact that he was involved at all gave me the go-ahead to talk to everybody else. Denis Law, Bobby Charlton, Frank O’Farrell, Jimmy Murphy’s family. I had a great day talking to Tommy Docherty, a great man, great fun. He only died a few weeks ago.”

It was published in 1991, less than 12 months short of the first Premier League title and the ending of United’s 26-year trophy drought. To read it now feels a little like what a book on NASA might have been like in 1968. There was no shortage of lore and history around Old Trafford – the place was built on it and A Strange Kind of Glory wouldn’t be half the book it is without it all.

But it’s also a snapshot taken just before the rocket went off. Manchester United became the biggest sports club in the world in the decade that followed; the foundations on which that success was built are all here. And it’s given to the reader right between the eyes, in typical Dunphy fashion. 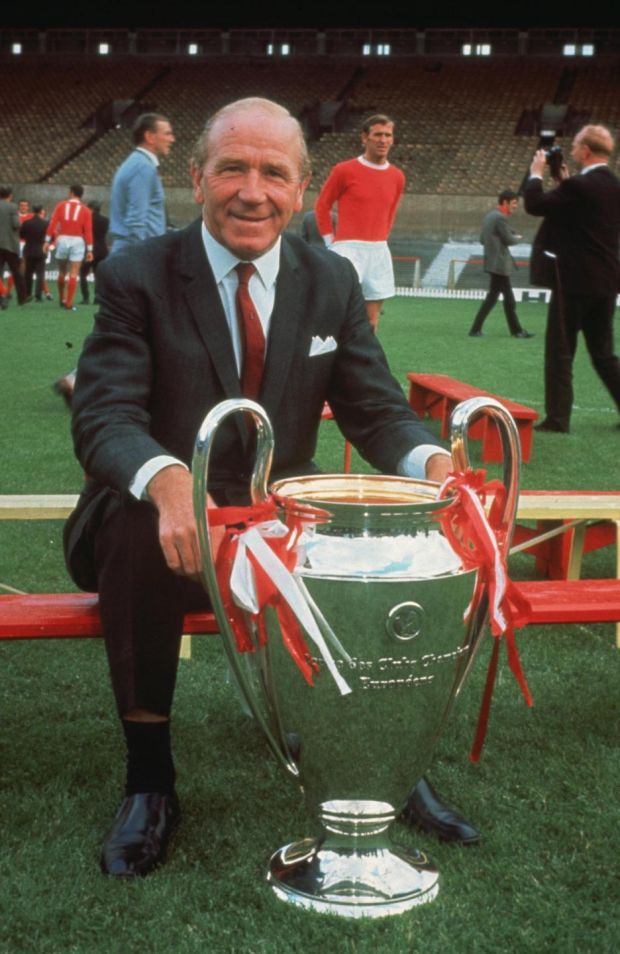 Sir Matt Busby holds the European Cup trophy at Wembley on May 29th, 1968. It would be their last piece of silverware until 1993. Photograph: Mike McLaren/Getty Images

“The conventional wisdom of the 1990s is that money has ruined soccer,” he writes at one stage. “That the greed of contemporary players and their agents is a cancer that is destroying the game. The truth is that professional football was deformed at birth. The game was never honourable, never decent, never rational or just.”

It’s more than just polemic, though. Dunphy did the work and the work shines through. In some cases, it’s in the interviews, as when he tells the story of Frank O’Farrell and garners from him maybe the best line in the book: “If Matt Busby and Manchester United are the good guys, what are the bad guys like?” In others, it’s delving into the deep and rich and often sordid history of the game, as he does to tell the story of Billy Meredith.

“I felt I could do it through Busby,” he says now. “Because he was this towering figure, I could narrow the focus of it and thereby tell a wider story. Billy Meredith, for example, was a hugely fascinating character. He was a Methodist who didn’t believe that you should get money for playing football at all. Then they persuaded him to go to Man City and thereafter he became a hard man to deal with on money.

John Giles reviewed it for the Herald and said he didn’t learn anything new in it. I was mortified and I was f***ing raging with him and we had a terrible falling-out over it

“He worked his arse off and was the best player at the club and he didn’t want the same wages as the rest of them. He went full circle on it and became the founder of the PFA, the trade union movement. So if you want to know why players are now getting whatever hundreds of grand they’re getting a week, you have to start with Billy Meredith. You can trace everything back to him and you go through men like Busby to get there.”

When it was published, A Strange Kind of Glory was a critical success and, to a lesser extent, broadly a commercial one too. The publishers were close to a deal to have it sold in the club shop at Old Trafford, but, when United insisted on taking 90 per cent of the profit on every sale, they walked away. It’s out of print now, although Dunphy himself owns the rights and would consider putting it out again. “Something to do when I get old,” he laughs.

“It is something I’m quite proud of, I must say. I wanted to tell the story of football’s development and the attitudes of the people who were powerful in it and what that did to the underlings, even the biggest of them. Not just Busby but the likes of Bill Shankley and Alf Ramsey too – all these guys who were legendary figures in the games, they all still ended up a little bit sad and broken.

“Funny enough, it only got one bad review. John Giles reviewed it for the Herald and said he didn’t learn anything new in it. I was mortified and I was f***ing raging with him and we had a terrible falling-out over it. I couldn’t believe he did that. But we’ve had a long love affair, John and I. We had a bad falling-out over that and another bad one over Keane 10 years later. Two in 65 years isn’t bad!”

All Glory, Laud, and Honor – HymnSite.com