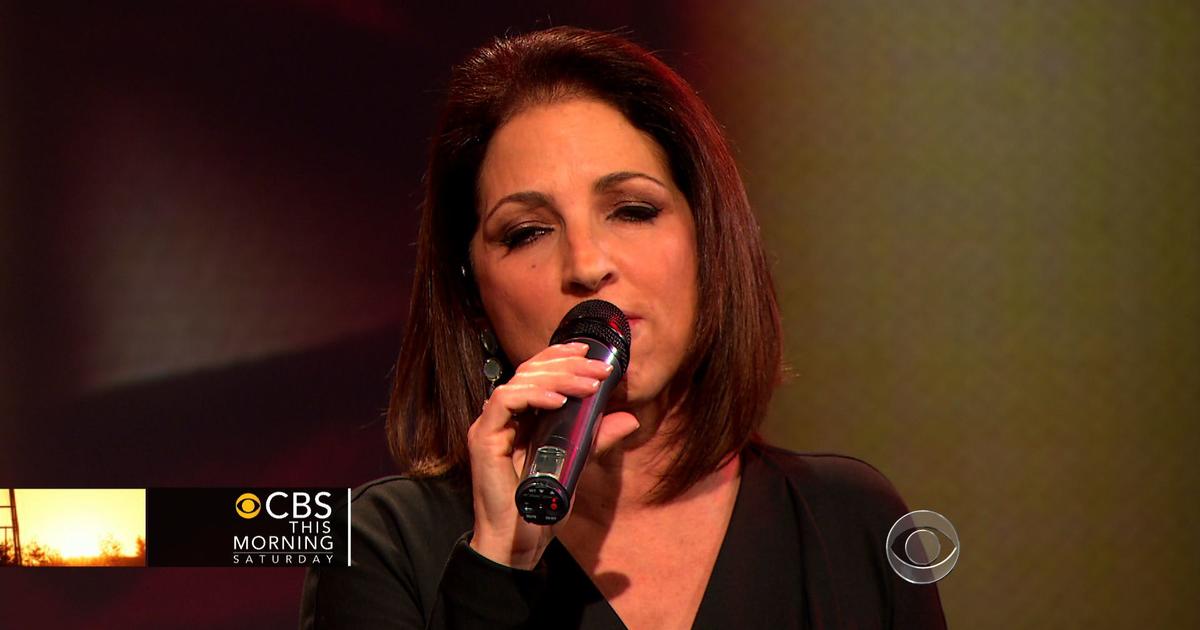 (CBS News) Gloria Estefan is the reigning queen of Latin pop. The Cuban born singer-songwriter first made a name for herself in the 1980s with the Miami Sound Machine, and in 1989 she reached new heights as a solo artist.

Now, 27 albums later, she has become the most successful Latin-crossover performer ever, with sales topping $100 million.

After all this success, the seven-time Grammy-award winner has finally decided to record her dream project, an entire album celebrating classic American songs.

Her album, “The Standards,” just dropped into record stores this week.

Estefan told “CBS This Morning: Saturday” co-hosts Vinita Nair and Anthony Mason that she first thought of doing this album many years ago when she performed “Good Morning Heartache” on the “The Tonight Show” for Johnny Carson.

The singer said she didn’t want to start a project on these classic songs then because she felt that she needed time to experience life before it felt right. Estefan felt

that these standards had a lot of “nuance and elegance” that needed to be communicated.

“It’s good to understand what you’re singing about and also to feel good in your own skin,” said Estefan. “To be comfortable and be relaxed to do your own take on it.”

Estefan was joined on “CBS This Morning: Saturday” by the writer of “Good Morning Heartache,” Ervin Drake, who said that song is actually about the woman he married.

“It’s hard to call it inspiration because I wrote it about a woman who is now my wife but, then, broke my heart because I was a young, struggling songwriter, and she was a girl around town. She just enjoyed herself with all the fellows,” said Drake. “‘I like you very much,’ she said, ‘but, you know, I have a zest for life.'”

For Gloria Estefan and Ervin Drake’s full interview, watch the video in the player above.

For Greater Glory The True Story of Cristiada [Hindi] (2012)