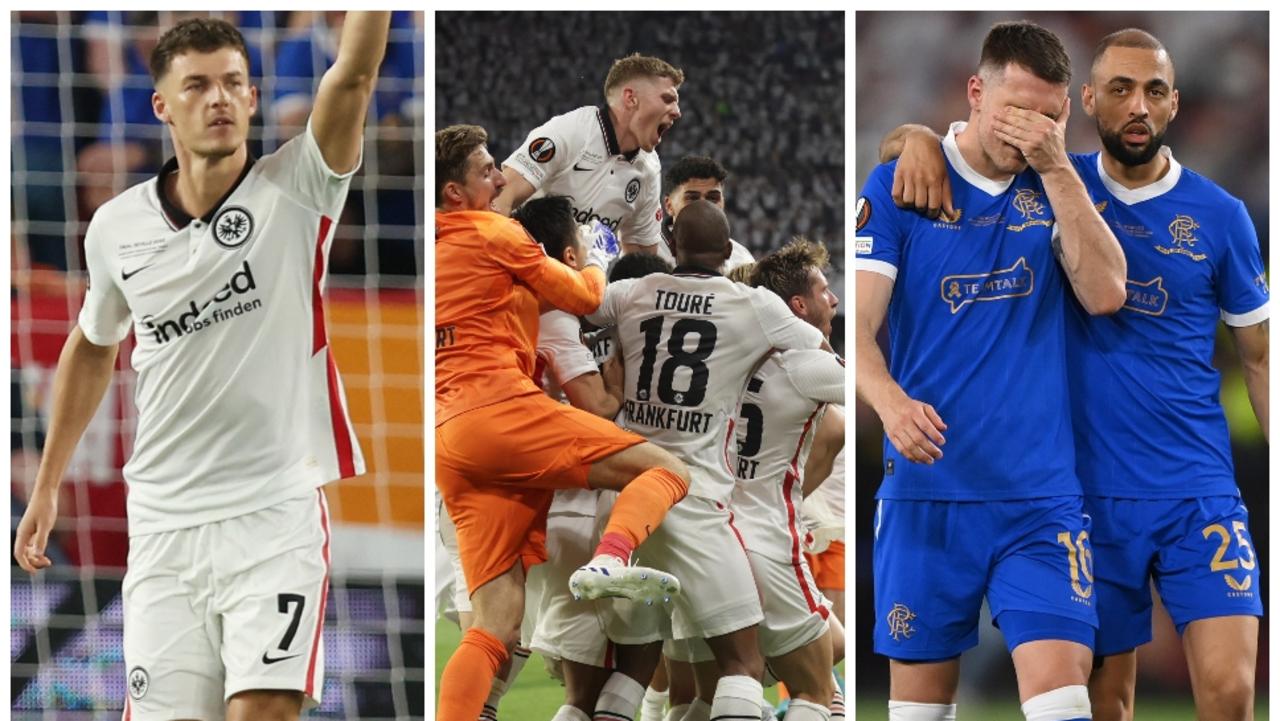 Hrustic’s Frankfurt sealed a spot in next season’s Champions League, triumphing after a high-level penalty shootout that saw just one miss, from Aaron Ramsey, who was brought on in the final minutes of extra time.

Having played for some of the biggest clubs in the world, Ramsey was brought on as a cool head for the shootout, but ultimately couldn’t get the job done from the spot. Hrustic, meanwhile, also came on as a substitute, but made no mistake when stepping up to take Frankfurt’s second penalty.

Hrustic is the first Australian male to win a European title since 2007.

Frankfurt won the shootout 5-4, after the game finished 1-1 after 120 minutes of action. Borre was the hero of the night, after already cancelling out Joe Aribo’s opener for Rangers as Frankfurt won their first European trophy since 1980.

“We are all heroes. Without the fans we wouldn’t have made it,” said Frankfurt goalkeeper Kevin Trapp, who came up huge in extra time.

Both clubs were looking to win a second European title in their history, Rangers after clinching the Cup Winners’ Cup in 1972 and Frankfurt after they lifted the UEFA Cup 42 years ago.

But Rangers came up just short at the end of an incredible run to the final. Only ten years ago this week, Rangers fell into administration before being liquidated and relegated to Scotland’s bottom tier.

Frankfurt had already beaten Real Betis, Barcelona and West Ham en route to the final and they were probably deserving winners, shading a compelling contest that always seemed to lack real technical quality.

The story of Vialli and Mancini, the goal twins who fired Sampdoria to glory