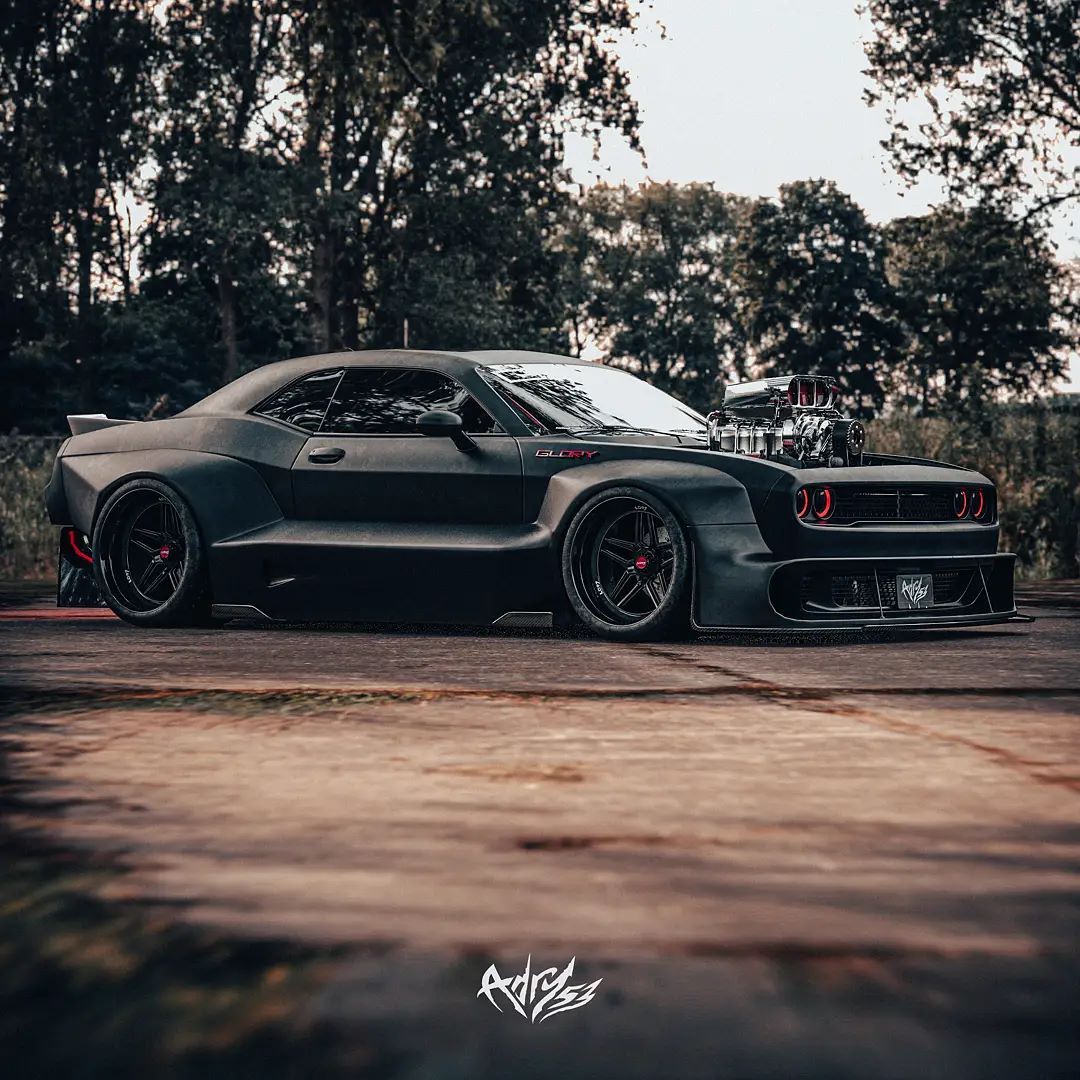 Ever since its introduction way back in 2008, the third-generation Dodge Challenger has been derived in countless ways. From SRT Demons to AWD and widebody options, just about anything goes. So, inspiration is not an issue.

With so many model years under its belt and an incredible number of factory-cooked versions, one would think that about everything was tried with this muscle car. And these are all just stock interpretations. Naturally, the

has also become a darling of the aftermarket community ever since its inception.

Still, as it turns out, the flowing lines are a natural reservoir of flashes of imagination. And when virtual artists come into play, the inspiration can literally (and virtually) pop out of anywhere. Case in point, pixel master Timothy Adry Emmanuel (aka adry53customs on social media), who just cooked up a Challenger project as part of his newly-minted Glory series.

But he didn’t just take a third-generation Dodge Challenger and played senselessly with it. Even though its rather exaggerated changes would suggest that.

Instead, the virtual artist was inspired by something very small, very classic-looking, and extremely fast. The Arrma RC Felony Street Bash 6S BLX All-Road Restomod Muscle Car was the culprit.

And even though we are dealing with a modern Challenger here, not the classic (but modernized) allure of a vintage car, the common traits are plain and obvious. The 80+ mph (129+ kph) 1/7th radio-controlled 4WD electric car and the Glory Challenger share the bad-to-the-bones attitude with help from the huge blower engine setup, as well as the wider-than-life aerodynamic body kit.

Of course, there are several personal touches. Such as the complete lack of an engine hood to obstruct the view towards the blown monster. Or the decision to fit the trunk with a smaller spoiler instead of a massive wing, while the baleen-plate diffuser was dialed up a notch or two. And let’s not forget the LD97 Forged center lock wheels. Overall, everything is so exaggerated that it (kind of) works…