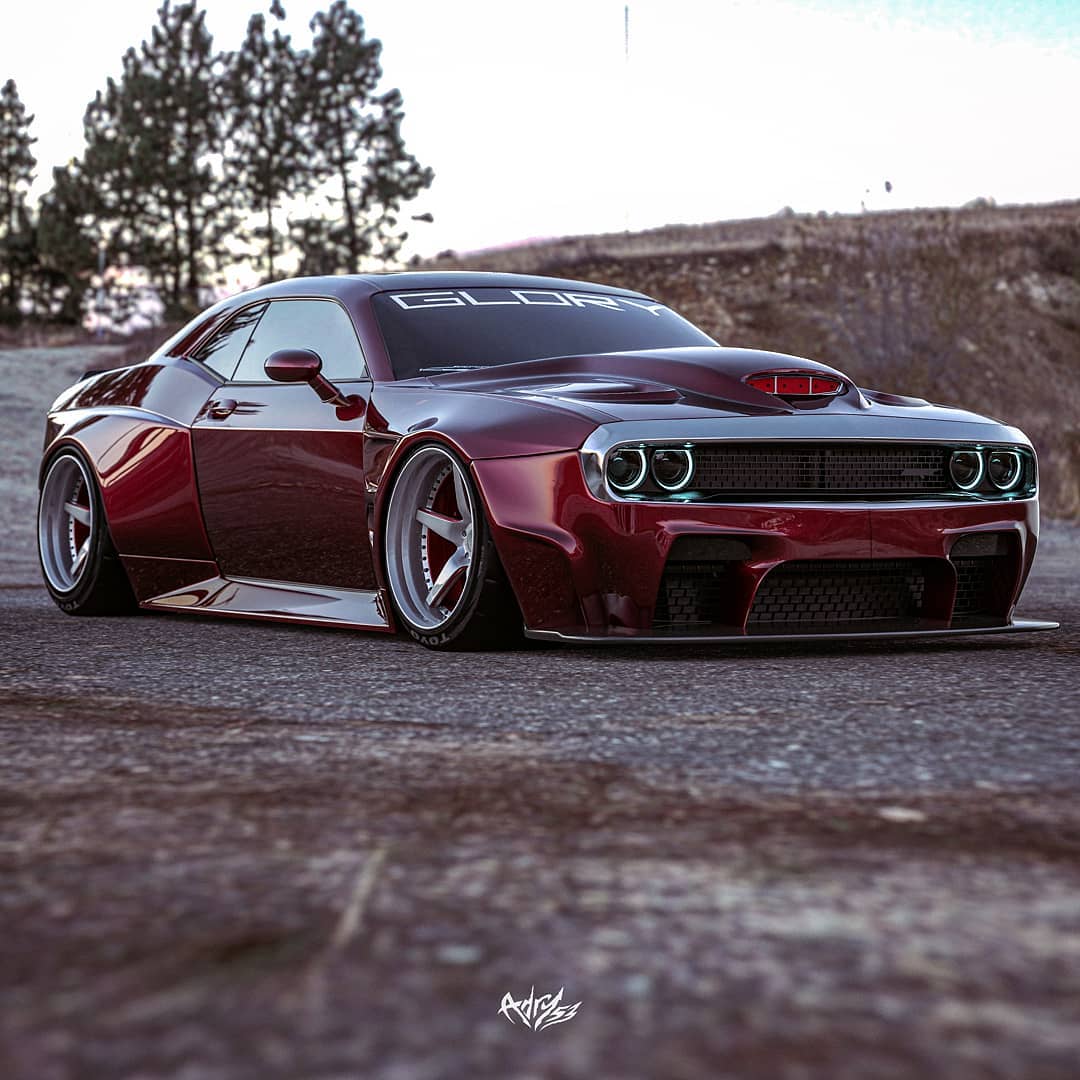 One aspect that sets the Dodge Challenger apart from its two Detroit rivals is that the Mopar coupe is by far the best at playing the retro card, even though the Mustang and the Camaro also nail this. And the digital build we have here adds a layer of complexity to the old-school flavor of the Dodge by bringing back an optional feature of the original Challenger.

, which brought a chrome edge to the face of the muscle coupe, albeit a more discreet one than in the case of the Charger.

And this rendering not only brings that back but also extends the shiny work to the area in front of the light clusters. Then again, if chrome isn’t your thing, the rendering also proposes a black finish for the said part of the car.

Digital artist Timothy Adry Emmanuel (a.k.a. adry53customs) thought of that and much more since this Challenger is part of its rising Glory series, a collection of projects that aims to virtually rival brands such as Hennessey, Saleen, or Shelby.

You might be familiar with the name since it debuted on the built-from-scratch concept that the pixel master used to propose to his SO on social media. And for this modern Challenger, the Glory treatment involves a visual transformation intertwined with profound tech updates.

For one, the unnamed HEMI heart of the machine has been gifted with a blower that takes the V8 to a sweet muscle figure: 1,000 horsepower. But what truly sets the configuration apart is the bit that comes after the carbon fiber intake plenum. That would be the custom hood, whose scoop integrates butterfly valves catering to the oxygen needs of that monstrous motor.

Taking a hint from the factory Widebody option of the machine, which improves traction by adding wider wheels and tires, the Challenger Glory holds massive shoes inside custom overfenders. And the widebody approach is joined by bespoke front and rear fascia work.

Since we’re talking about an all-custom proposal, the artist has also created multiple specs for the muscle car, which you can enjoy in the Instagram post below.