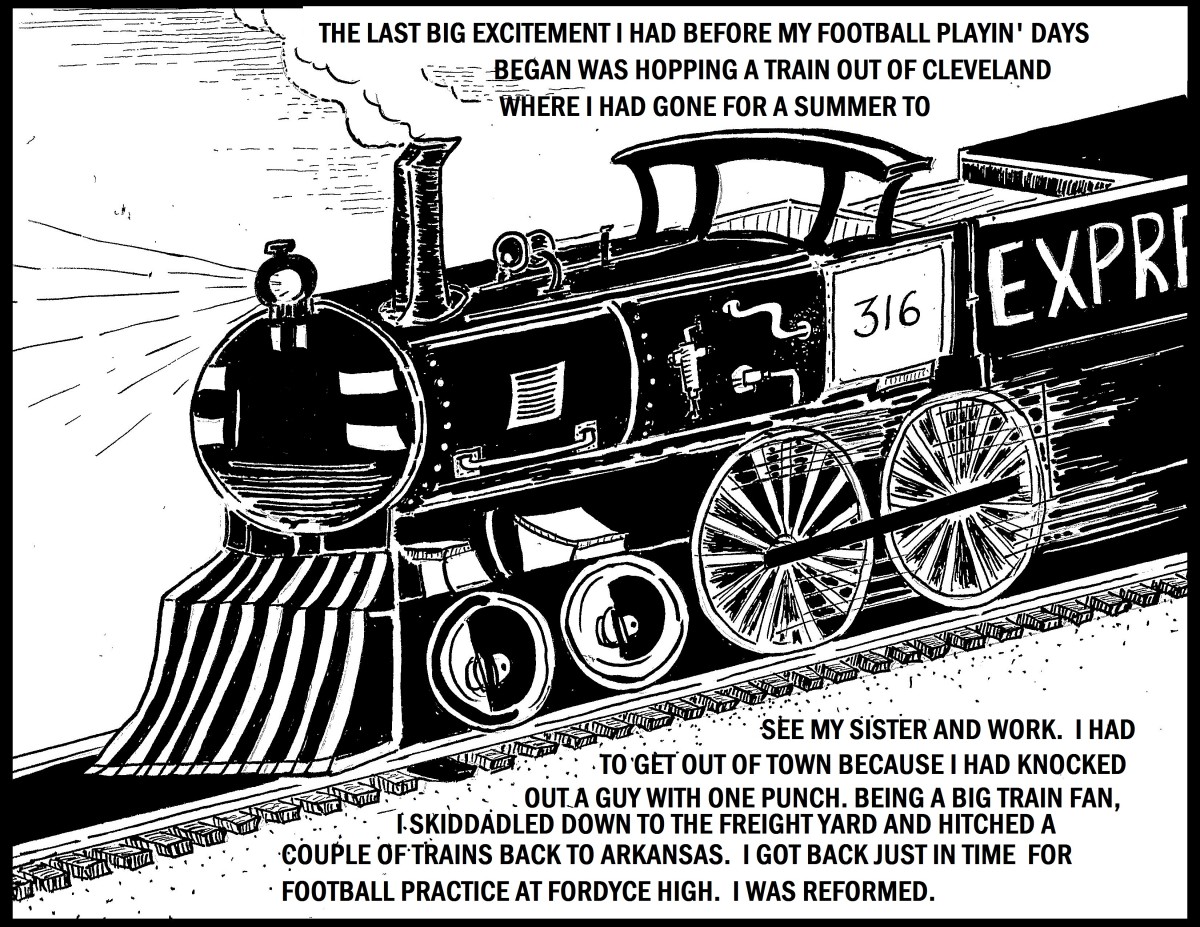 A Tradition Remembered: A different way of looking at legendary college football coach Paul W. “Bear” Bryant through the eyes of Anthony Sisco.

… see, we told you we were foreshadowing. Here’s a little more:

Guts & Glory, A Portrait of Bear Bryant has been a thoroughly enjoyable experience. I go into all the inspiration that led me to scale this wall, which I’ve put in as an epilogue for those who just can’t get enough ‘Bama and want to hear one man’s antidotal brush with the legend.

The rest of the story comes from the coach’s own words in his autobiography, Bear, The hard life and good times of Alabama’s Coach Bryant, co-written with John Underwood; multiple Youtube videos from former players and coaches and a vast amount of books, articles, memories, etc. written by a chorus bigger than the Mormon Tabernacle Choir of those that have an on-going fascination of this icon of American lore.

Coach Nick Saban’s historic run at Alabama has begun to put a coat of paint over the Bear era and many of the younger generations aren’t aware of the foundation and winning tradition that Coach Bryant laid, which helped bring Saban to Alabama and made possible all that he has accomplished.

So, while there’s a few of us still around who

have been so lucky as to live through the Bryant and now Saban eras, it seemed like a good time to put out a little illustrated history in story form. Bouncing off of my current cartoon strip on BamaCentral, Crimson Tikes ~ The Tradition Rolls On, I merge the past with the present and present, The Tradition Remembered.

However, I must warn you, Bear is the vestige of times that were not politically correct. Even Underwood stated that after spending hundreds of hours in conversation with the man, mostly in search of his viewpoint for Sports Illustrated, he found Coach Bryant’s candor, “from the beginning…to be remarkable. And unsettling.” He went on to exclaim that “More remarkable was his frankness in explaining himself. In that he left nothing unsaid. His ability to recall conversations, incidents, names, places, dates, yard lines, etc, was – and is – uncanny.”

With that, I bid you the faint echo of a Mad magazine-like approach to the Bear Bryant era and a portrait of the man.

Guts & Glory, A Portrait of Bear Bryant will appear three times a week on BamaCentral, on Sundays, Wednesdays and Fridays. A series compilation also appears in our history section for premium subscribers.