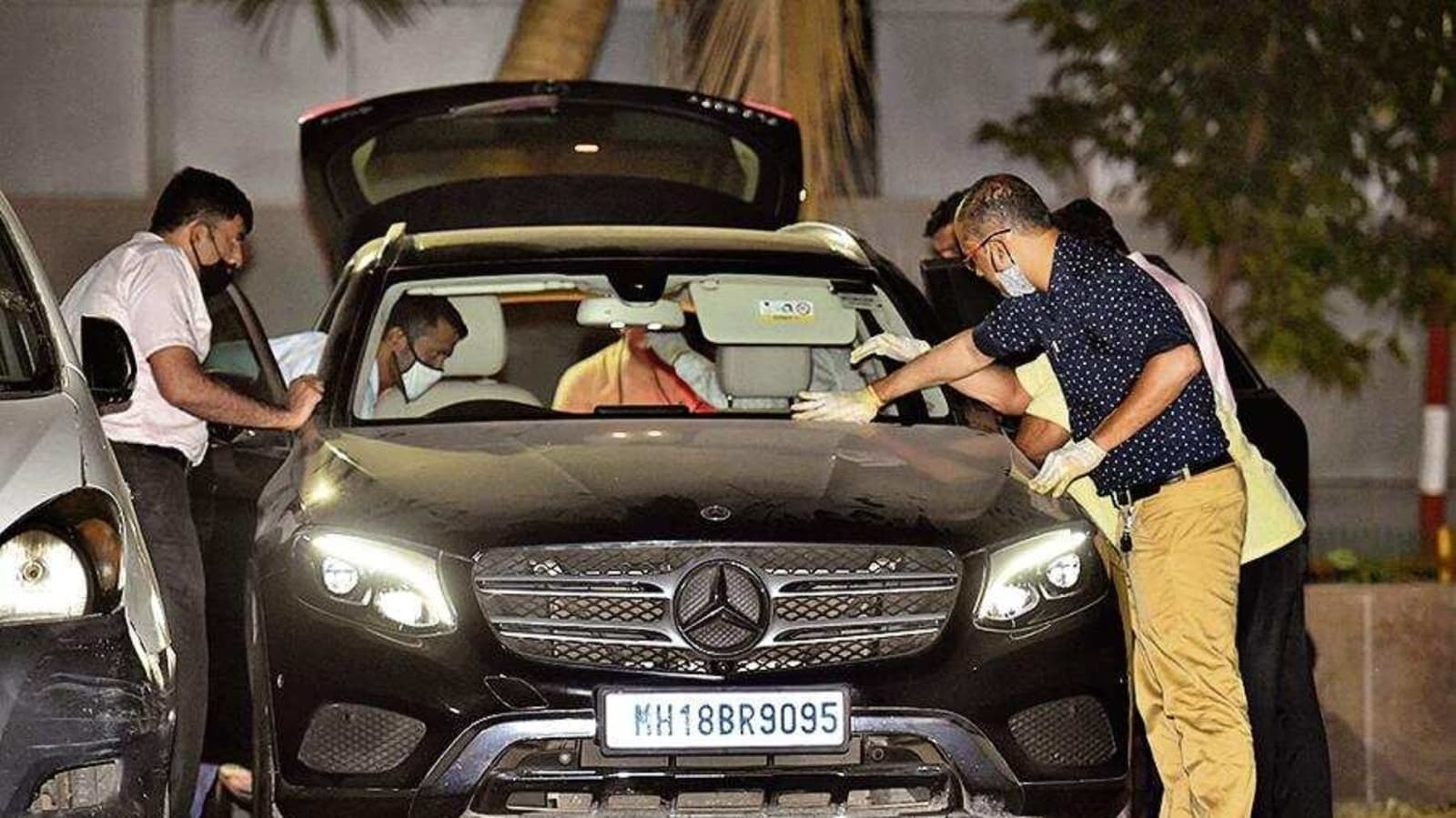 Mumbai Police officer Sachin Vaze was behind the bomb scare outside billionaire industrialist Mukesh Ambani’s house, which he orchestrated as part of a conspiracy to restore his reputation as a successful cop, senior officers in the National Investigation Agency (NIA) told HT on Tuesday, contending that the mystery around the explosive-laden vehicle has been solved.

Vaze, a former head of the Crime Intelligence Unit (CIU) of the Mumbai Crime Branch, was initially the lead investigator after a Scorpio car carrying 20 loose gelatin sticks (unassembled, with no detonator or timer) was found near Ambani’s Antilia on Carmichael Road on February 25. The case was transferred to NIA on March 8, and Vaze was arrested on March 13.

“Vaze himself was driving the Scorpio car on February 25, while an Innova that belongs to Mumbai police tailed it. After parking the Scorpio on Carmichael Road, Vaze sat in the Innova and left,” said a senior NIA official, who asked not to be named.

To be sure, the officials did not give details of how these conclusions were made, and if Vaze had admitted during interrogation to the details and motive behind the crime.

The investigators have ruled out a “terror angle” in the incident, particularly after certain crucial pieces of evidence was recovered Mumbai during hours-long raids. These helped NIA piece together the sequence of events and the purported conspiracy, the official said.

In Mumbai, the NIA confirmed the recovery of these items. “We have seized a Mercedes and during the investigation, it was made clear that the car was used by Sachin Vaze, but owner is not identified yet. During the search we recovered more than ₹5 lakh cash, a counting machine, clothes and the original registration number plate of the Scorpio that was found parked near Ambani residence carrying gelatin sticks,” said inspector general Anil Shukla. NIA also recovered couple of containers with kerosene and diesel that the agency believes was used to burn the oversized clothes worn by the Scorpio driver, as seen in the CCTV footage recovered from near Carmichael Road, the first official said.

Vaze was suspended in 2004 over the death of a suspect in custody. He was brought back into the force in 2020.

“He wanted to prove to Mumbai Police brass that he is still as good by solving a bomb conspiracy so he planned this whole episode to plant explosives outside Antilia. He wanted the limelight again,” said the first officer.

“He had in fact got what he wanted. In CIU,

he was made the investigating officer of the Scorpio case and during the four days he handled the probe, Vaze tried to cover the loose ends he left on February 25, including destruction of some CCTV footage,” a third officer said, asking not to be named.

Vaze, 49, was once a renowned “encounter specialist” alongside officers like Daya Naik and Pradeep Sharma. He was suspended after being arrested for the alleged custodial death of Khwaja Younis.

“He probably never thought that investigation would reach the NIA and that his plan to regain his lost glory would tank,” said the third officer.

Vaze’s role first came under the spotlight after the death of Mansukh Hiren, who came forward as the person who had possession of the Scorpio SUV before it was found from outside Antilla. Hiren told police it was stolen from his residence before he was interrogated multiple times, including by Vaze’s unit.

Hiren was found dead on March 5, and the police said it was a suicide. His wife, however, said she suspected the police officer’s role in the death, kicking off a chain of events that eventually led to Vaze being questioned and detained.

Vaze’s brother Sudharm moved a habeas corpus petition in the Bombay HC on Monday, saying that the case by Hiren’s widow, in which the Mumbai cop had been arrested, included certain “false, frivolous and concocted allegations”. The petition also said that “surprisingly”, the very next day an FIR was registered by the NIA — and that this suggested political conspiracy.

The ruling Shiv Sena and the opposition BJP have been trading allegations of wrongdoing and conspiracy over the case.

Since the weekend, NIA officials purportedly came across several pieces of evidence. The team recovered the Digital Video Recorder (DVR) of CCTV camera footage from a Thane housing complex where Vaze lives, which was obtained by Mumbai Police following a letter from Vaze’s unit. The DVR was not mentioned in the list of Muddemal (seized evidence), and the central probe agency suspected that it was collected to destroy evidence which could implicate Vaze, a Maharashtra police official said, asking not to be named.

“Vaze was heading the CIU so he issued an official letter that he required DVR of his residential complex and collected the same from his building but did not show the DVR and the CCTV footage as collected evidence in official record of the case,” the official added.

(With inputs from Manish K Pathak & Anamika Gharat in Mumbai)