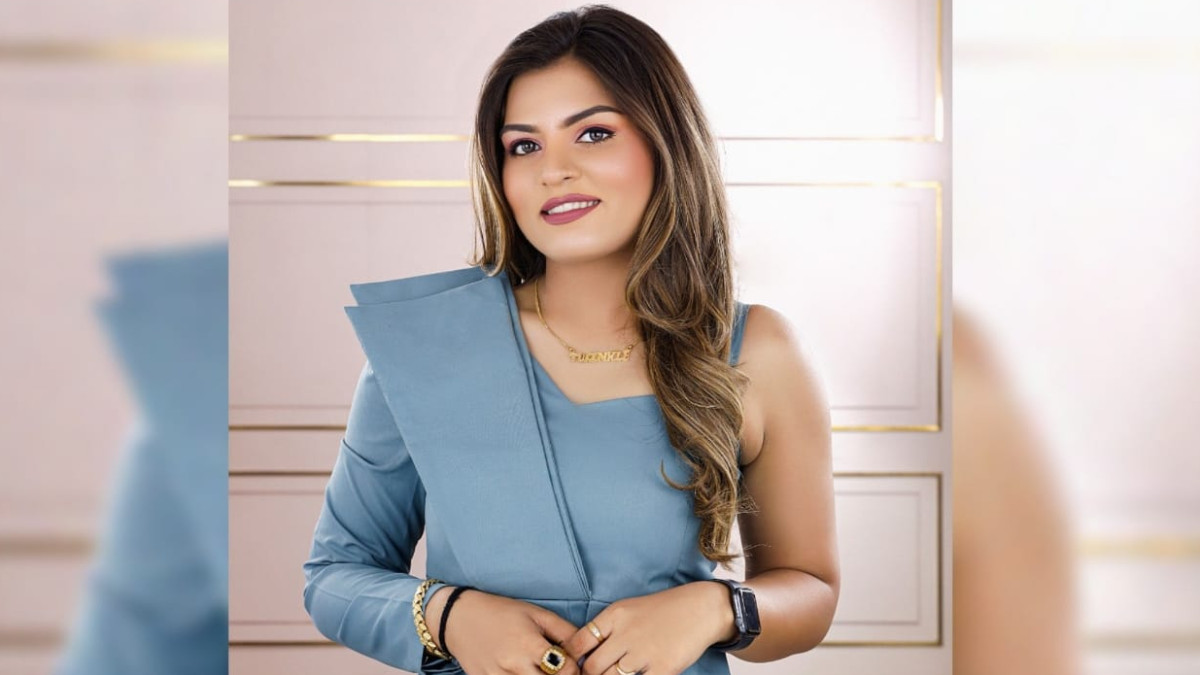 Twinkle Rajani is a 20-year-old makeup artist holding awards in multiple makeup competitions. She also claimed to have served more than 12 bridal makeup and 40 extras in a day. She has also won the state competition in the field of makeup. She being never interested to be a part of the makeup industry now holds huge glory making her family proud.

Twinkle was first introduced to makeup and its technicality when she was in the middle of her board exams. She was asked to join the makeup classes organized by her mother when not studying for her boards. She mentions, “I was not interested in this field as a kid; however since my mom was in this field for over 22 years, she always dreamt of establishing my career in the beauty world. All she wanted for me was to be on the top when it comes to being a makeup artist in Surat. Earlier when we were in school we had huge gaps between two exams during the boards and my mother decided to start my makeup classes during

Her career had a lot of thick and thin situations. Being the daughter of such a known makeup artist, she was judged and expected to do better than her mother. However, this got her a lot of criticism. Twinkle adds, “When I heard so much criticism about me being not able to perform and full up a makeup look, I got the kick to prove everyone wrong and focus on delivering the best. It was time to do my best and make my mother feel proud and hopeful.” The difficulty as a student always made her work hard managing school, tuition, self-study, and above all her makeup sessions. She also mentions, “My high school started and that is when I realized that it is not going to be easy to manage studies and attending makeup sessions; however, that zeal was extremely strong in me and I managed school, followed by makeup sessions and class tuitions.”

The journey of Twinkle Rajani is an inspiring one for all the youth of today to work hard irrespective of their age.