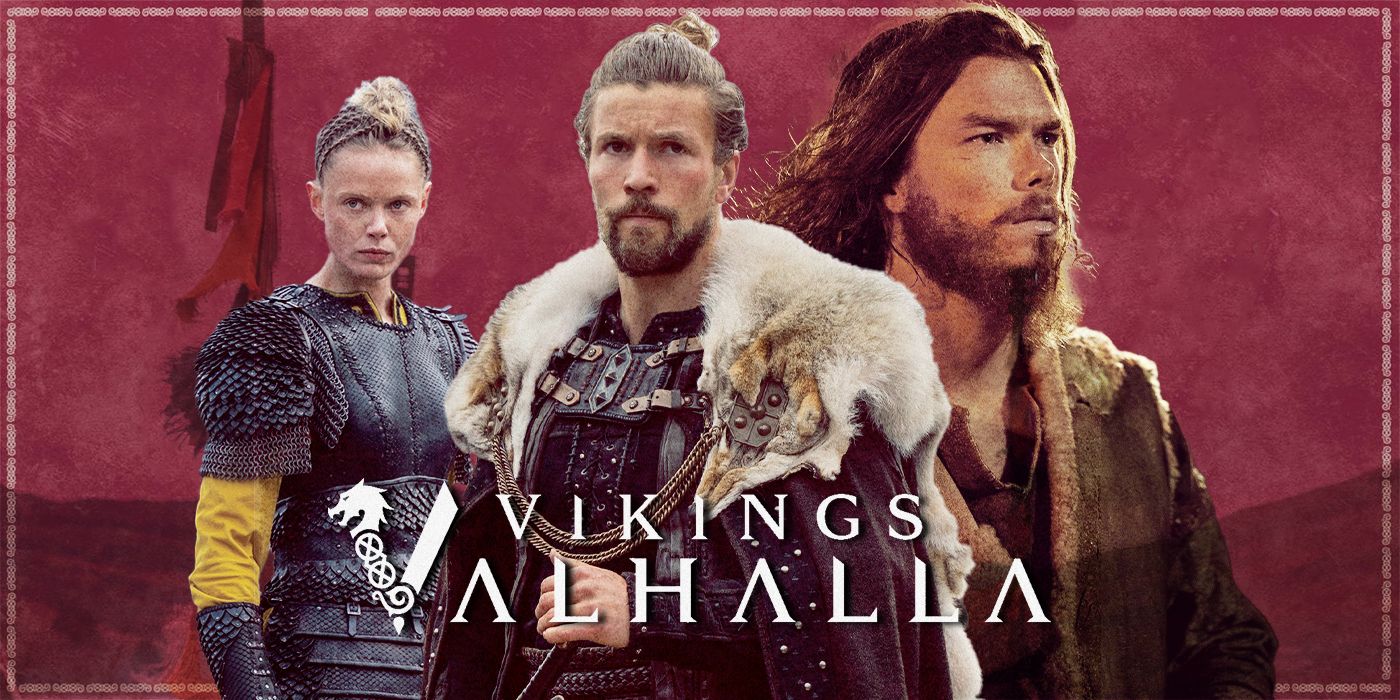 After six seasons on the History Channel, Vikings return to the zeitgeist with Vikings: Valhalla. The series brings back Jeb Stuart as showrunner with Michael Hirst as executive producer, and it covers Vikings history over a century after the events of the first series. While the original series focused on the Vikings’ first encounter with England, Valhalla captures the two cultures clashing after one has already affected the other. Historical characters like Freydís Eríksdóttir, Harald Sigurdson, King Canute, and North America’s favorite Viking Leif Erikson all play a part in the series. Now, rather than being united under one banner as Ragnar, Lagertha, Rollo, and Floki were, there are competing interests, religions, and goals.

COLLIDER VIDEO OF THE DAY

Like the first series, Valhalla doesn’t shy away from the historical aspect of Viking history. Of course, it often plays fast and loose with the history in favor of drama, but we can hardly blame them for it. Events that would inspire nursery rhymes that we still sing today play out on a thrilling battlefield with plenty of tension and bloodshed. While there’s no lack of action in the series, it also does its best to establish bonds between the characters on screen.

When Valhalla begins, we meet Leif Eriksson (Sam Corlett) and his sister Freydis (Frida Gustavsson) as they arrive in Norway after leaving their home in Greenland. Although they are all Vikings, the Greenlanders are outsiders in many ways. With a generally negative opinion of Christianity, there is an immediate shift in the mood of the Scandinavians, especially the ones who have converted or been born into the new faith.

Leif, and in particular his sister Freydis, still worship their pagan religion (e.g. Odin, Thor, Freya) and tensions are high between the pagans and Christians. After their time in England, many of the Vikings who converted then passed on the religion to their children and only have recently returned to Norway. One thing that the series doesn’t explore is the feeling of displacement; characters like Harald (Leo Suter) are clearly devout Christians. While the Viking pagan religion rewards raiding and bloodshed, Christianity is far less enthusiastic on the subject. The disconnect between the culture and the new faith is exciting new ground, especially for true believers. The series doesn’t point out the hypocrisy as much it should.

Despite Leif and Freydis’ religious leans, both quickly befriend Harald, who is seeking to return to England for revenge after the St. Brice Day massacre that left him fatherless. After being forced to accept the Viking arrival in England, the now-dying king ordered the massacre of every Scandinavian, and those who survived were forced to flee from their homes. Although Leif and his sister have other motives for coming to Norway, he is soon wrapped up in Harald’s mission to return to England with a vengeance after an incident bonds him to the cause.

While there are certain aspects of Valhalla that are truly thrilling, this intentional splitting of the story is immediately disheartening. In many ways, Freydis is one of the most interesting characters on the show, like Lagertha was as the original show’s leading female character. She, Leif, and Harald are obviously defined as point-of-view characters. However, splitting the story in two, sending most of the characters like Harald and Leif to England to get revenge and pillage, while leaving Freydis behind to fully embrace her devotion to the gods, ruins the pacing of the show. We know that Freydis can handle herself in a fight, but getting designated to a slower-paced storyline is jarring.

Of course, Freydis’ commitment to her religion is in stark contrast to the men Leif is encountering who will rape, pillage, and plunder in the name of Christ. If the show has an opinion on

religion, it seems to be that hardly any of these Christian Vikings are practicing what they preach, and looking back on history, it’s hard not to point to bloodshed as the side effect of religious audacity. Because the show often flirts with aspects of the supernatural, proving the existence of gods through prophetic and god-like seers, it is often confounding how someone could witness solid proof of their gods and decide to turn from that.

All that is to say that the religious dialogue is by far the most interesting aspect of Vikings: Valhalla. Each character has a distinctly different point-of-view on their religion and how they believe they should worship. It’s the backbone for much of what is happening on screen. Less compelling is the court politics which is already firmly written in the history books. The show does employ a boy-king named Edmund (Louis Davison) who is doing his best impression of King Joffrey. The court politics seem to lean into the Game of Thrones side of intrigue and betrayal but without as much gusto or commitment. Conflicts arise and are solved within an episode, there is not enough time to draw that tension out.

Valhalla spends its first season largely setting up conflict and introducing the characters. It meanders as it moves towards the ending, but by the final episode, the season feels like just the first arc of a story. The show does successfully draw me in. I want to follow Freydis and Harald. I want to see where the wind will take Leif. But it feels like we could have gotten to this point sooner. However, while the original Vikings really only had a handful of interesting characters in its first season, every one of Valhalla‘s supporting characters is complex.

Laura Berlin’s ice-queen-demeanor Emma of Normandy has ties to Rollo, and her uncertain alliances with Earl Godwin (David Oakes) and King Canute (Bradley Freegard) is the highlight of a dour English court. Harald’s rocky relationship with his half-brother Olaf (Jóhannes Haukur Jóhannesson) feels completely unmined but full of gems. Caroline Henderson’s role as Jarl Haakon is great to see on the show but needs fleshing out. Although her position as a Black woman leading the culturally diverse Kattegat is exciting, her character needs to be more than just a guide to Freydis.

Much like its predecessor, the show gets mired in details, perhaps part of the issue with adapting from history. It jolts you out of the momentum of a scene in England to throw you back into the forests of Norway and by the time you’ve acclimated to pagan temples and rituals, you’re back in the reeds outside London. Valhalla is promising, offering an exciting new batch of characters, but it needs to fix its pacing issue and lean into more of its strengths rather than trying to retread the path of history. Freed from the bindings of the History Channel, embracing a new narrative might offer more excitement for future seasons.

Because we know you need to binge.

Therese Lacson is an editor for Collider. You can also find her work at Comics Beat, Nerdophiles, and Film Inquiry. When she’s not writing you can find her playing video games, reading birth charts, and appearing on podcasts!

Sign up for Collider’s newsletter for exclusive news, features, streaming recommendations and more