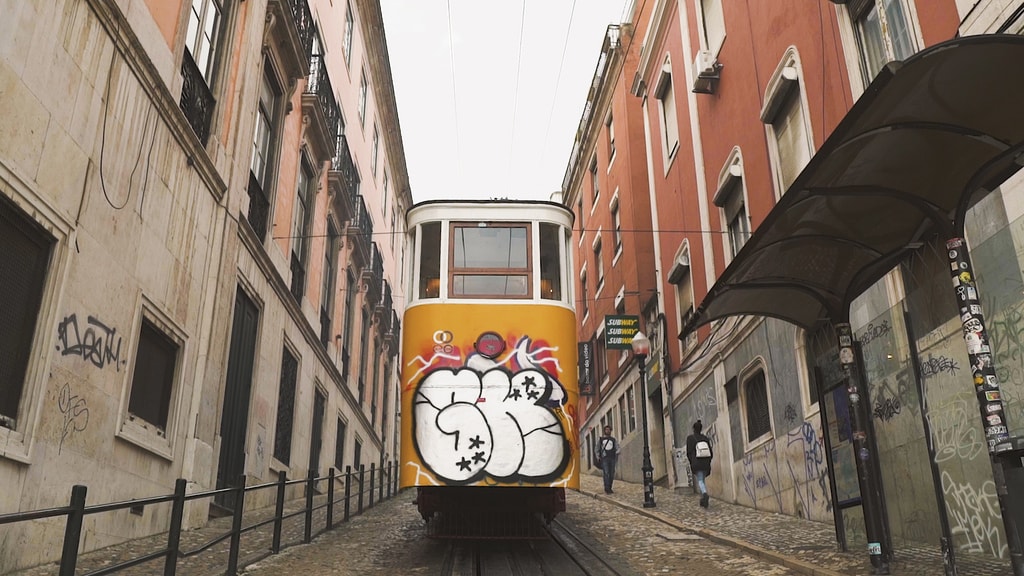 Lisbon’s hills are an integral part of the city’s landscape, providing visitors and locals with

many lookout points to enjoy

. But climbing up them isn’t always easy or fun for everyone. Luckily, though, the bright yellow trams and the funicular system are there to help weary wanderers reach some of the most iconic perches. One favorite is the Ascensor da Glória (Glória Funicular), which climbs up and down the Calçada da Glória between

Operating since 1885, the lift was initially water-powered, but it was reconstructed to work on electricity by 1915. Although this was the second of three funiculars introduced in Lisbon, it has become the one that is visited the most often today.

The Ascensor da Glória begins its short, few-minute ride from the Praça dos Restauradores (just north of the Rossio Train Station) to the garden lookout point known as the Miradouro de São Pedro de Alcântara. From the top, visitors will enjoy one of the best viewpoints in Lisbon—a panorama that takes in the São Jorge Castle, the Tagus river, and the historic downtown. While the view is undoubtedly the highlight, the terrace garden is enough of a reason to

Behind the lookout point is Bairro Alto, and Principe Real is a short walk north taking only one or two minutes. Riding on the Ascensor da Glória is one of two easy ways to reach these neighborhoods from Baixa, the second being a five or 10-minute walk from the bustling and historical Rua Garrett in Chiado.

A single ticket can be purchased for €3.70 (around US$4.30), allowing up to two rides on the funicular lifts, or a complimentary ride can be enjoyed by purchasing an all-day Carris ticket (Carris being the main public transportation company in Lisbon). The funicular rides may be short, but these bright yellow and graffiti-covered lifts are a historical part of the city and should be experienced at least once. Don’t worry about sliding in the seats either, because the lifts are designed to keep passengers level while riding up and down the steep roads.